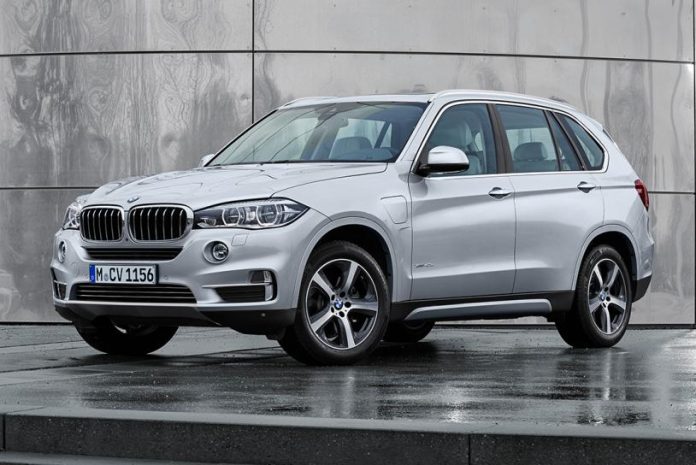 BMW’s X5 has been a successful model in the German company’s SUV portfolio, acting as the anchor for the more recent smaller X SUV variants. So important is it, that the new X5 model has been given significant improvements, more equipment, newer technology and extra lavish luxury than ever before. Powering the X5 is an in-line six engine for the xDrive40i inline-six engine with 340 hp or a 4.4L V8 with 462hp in the xDrive50i.  Both engines are hooked up to an eight -speed sport automatic transmission. Also new is an off-road package ($2,950 with four extra driving modes (Snow, Sand, Gravel, and Rock.)

The new cabin looks really cool; faultless in execution. And is much more spacious than the outgoing model. Equally important, materials, plastics, textiles and switchgear feel more premium  The X5 is a festival of new technology, with options and luxury items too numerous to list. There are now   two 12.3-inch screens that look like one, and comprise the instrument readouts, display. It’s a sleek, hi-tech look.  The X5 driver interface also uses BMW’s   new iDrive software. The head up display now has a larger screen, and the front cupholders are now heated and cooled. The second-row can electronically tilt out of the way with just the touch of a button, allowing entry to the somewhat cramped third row easy. (Find me a third row that never cramped!). Cargo area is generous with 650 L and grows to 1,870 L with the seats folded down. At the rear there is power operated split tailgate along with a power trunk cover.

Handling wise the X5 offers a secure, stable and very responsive platform thanks to its new Integral Active Steering, a first for BMW. The system comprises a twin- axle steering system that is speed activated.  The new X5 also exhibits more agility, responsiveness and sharper cornering in bends. In addition the X5’s new electro-hydraulic braking system also offer shorter braking and more progressive modulation. To sum up, not much to complain about. The X5 is expensive, and options packages prices are also high. But you are gaining an incredible amount of SUV for in terms of luxury, performance and technology. It is beautifully finished and a joy to drive and own. Highly recommended