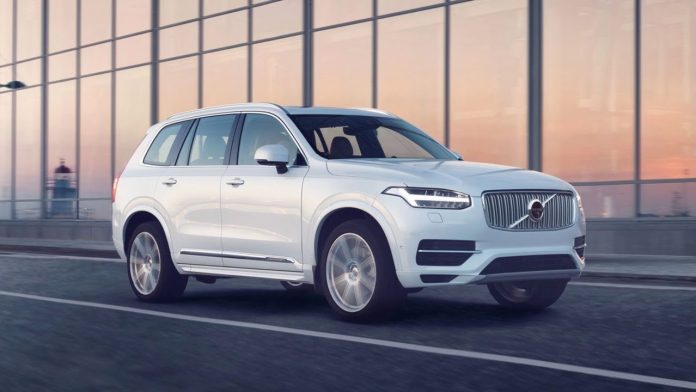 Chinese owner Geely Auto have diluted, messed about or interfered with storied Swedish automaker Volvo and it shows. The Swedish automaker has been making some very impressive vehicles that remain distinctly “Volvo-ish.” Take in case the Volvo XC90. The big premium Swedish SUV. Even coming round a corner or seeing it on the road, the XC90 looks exotic, European and expensive.  The XC90 T8 as tested is a plug-in hybrid model with a power output of 400 hp and 472 lb-ft from the engine and electric motor that’s available from 2,200 rpm. The engine drives the front wheels while the electric motor powers the rear, which gives the T8 an all-wheel-drive capability. The electric motor can propel the XC90 at speeds of up to 120 km/h.  Charging the main battery takes 2.5 hours using 220 volts, and around eight hours on 110 volts. Once fully recharged, it delivers an electric-only driving range of around 30 kilometres.   There are several driving modes, which include Pure, Hybrid, Power, Off-road, All-wheel-drive and Individual. As usual safety is high and the Volvo XC90 offers comprehensive safety systems include active LED headlights, adaptive cruise control, collision mitigation front and rear, lane keeping assist, blind spot and cross traffic alert as well as a park assist pilot.

On the road, the XC90 is very impressive considering the complexities of the supercharged, turbocharged and hybrid powertrain. The electric motor deliver smooth, fast acceleration. Driver can select three drive modes.  Pure mode uses only the electric motor good for around 30 km until the gas engine kicks in. The default mode is Hybrid which ensures efficiency and performance across the drive trains.  Achieving the claimed consumption figures will depend on your driving style and the hybrid system is most effective in city driving situation.  According to  official claims, the XC90 T8 is one of the most frugal and green large SUVs on sale. Nothing too bad to write about the XC90. It is a superbly executed premium European SUV, and the high price reflect that with its high equipment list, engineering and safety. However lucky owners who can stump up the cash will not be disappointed as it is right up there with the German competition and excels in many areas. Superb in so many ways

First of its kind emergency shelter for sex workers to open...