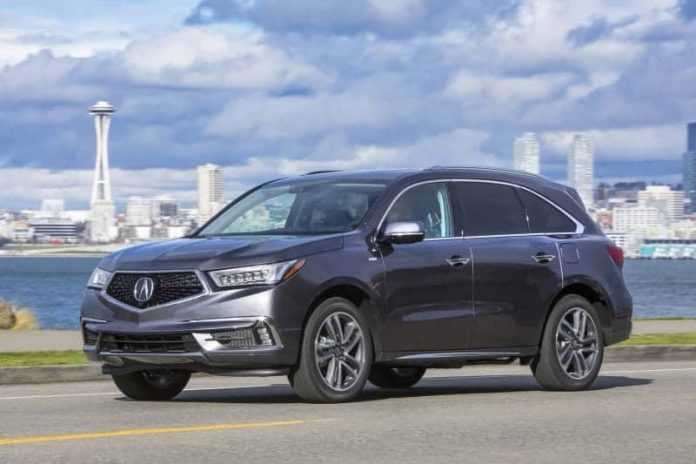 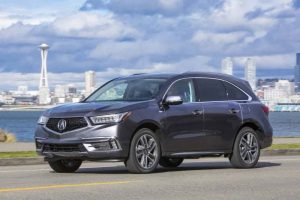 We tested a new version of the MDX. Namely, the 2017 Acura MDX Sport Hybrid, the brand’s first ever hybrid SUV. The Sport Hybrid is available only on the top tier MDX Elite trim offering superior levels of performance, fuel economy and luxury. The Sport Hybrid arrives as a full third row seven seater with a high level of equipment.  It is not cheap at $69,990, but you do get a lot of technology and equipment for the money.

The Sport Hybrid MDX is powered by a 3.0-litre V6 gasoline engine that itself generates 257 horsepower and 218 lb.-ft. of torque on its own, while the hybrid system comprising a battery and three electric motors (As in the NSX)   increases power to 321 horsepower and 289 lb.-ft. of torque. In typical hybrid fashion, gasoline and electric propulsion integrate seamlessly and the 1.3 kWh battery also charges through regenerative braking as you brake. (There is no plug charging option on the Sport Hybrid.)

The way the hybrid system works on the MDX is ingenious- there are three electric motors – which not only supply drive, but also help in handling and traction control. One   motor is connected to the transmission, where it provides power to the front wheels in electric-only mode or assists the gas engine in high acceleration. The two other electric motors power the rear wheels directly. Not only that, when cornering, the motors operate as torque vectoring systems- working in tandem with the Acura’s SH-AWD  system.

On the road, the MDX Sport Hybrid handles very impressively with a firm, stable planted feel when cornering and satisfying, smooth acceleration. It is noticeably faster, more responsive and better handling than the normally aspirated MDX.   The Sport Hybrid is rated at a 9.0L/100km in combined city and highway driving. By comparison, the regular MDX is rated at 11.0 L/100 kilometres. Premium-grade fuel is recommended. With its high level of performance, fuel economy and equipment, unlike some competitor models, the Acura MDX Sport Hybrid is a more fulfilling and satisfying SUV to drive. Highly recommended.