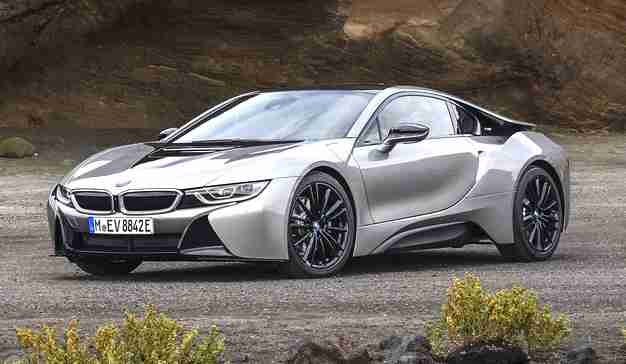 Munich. The market launch of the BMW M5 CS is the absolute highlight among the innovations that will enrich the BMW model range in spring 2021. The first special model based on the BMW M5 Competition takes on the top position in the BMW M GmbH range in terms of engine power, performance and exclusivity, underlining the brand’s close ties with racing.

A feature previously only available for high-performance BMW M GmbH automobiles will also be featured on the most powerful variants of the BMW 3 Series Sedan and BMW 4 Series Coupé from March 2021. For the first time, an M carbon fibre roof will be offered for the top models of both model series. Exclusive lightweight components also optimise the driving experience in the BMW M8. Newly developed M Carbon bucket seats will be available as an optional extra for the three high-performance models in the luxury segment from March 2021. The luxury sedans of the BMW 7 Series will be equipped with Integral Active Steering as standard. In addition, a nanoparticle filter will now be a new component of the standard or optional 4-zone automatic air conditioning in the BMW 7 Series and BMW 8 Series as well as in the BMW X5, BMW X6 and BMW X7 models. BMW Individual Shadow Line lights complement the equipment range for the BMW X5 and BMW X6. The BMW News app will be added to the range of digital services for selected BMW models from April 2021.

Following the BMW M3 CS, the BMW M4 CS and the BMW M2 CS, a special model of the BMW M5 will be launched for the first time in March 2021. The most powerful and exclusive version of the high-performance sedan bears the name BMW M5 CS The special model is powered by the most powerful engine ever to be used in a BMW M GmbH production vehicle. The V8 engine with BMW M TwinPower Turbo technology generates a maximum output of 467 kW/635 hp and is thus 7 kW/10 hp more powerful than the drive unit in the BMW M5 Competition. Weighing in with 70 kilograms less weight, the BMW M5 CS completes the sprint from a standstill to 100 km/h in 3.0 seconds, beating the BMW M5 Competition by 0.3 seconds.

The added traction, driving stability and sportiness associated with intelligent all-wheel drive can be experienced in a further model variant of the BMW 2 Series Gran Coupé from March 2021.