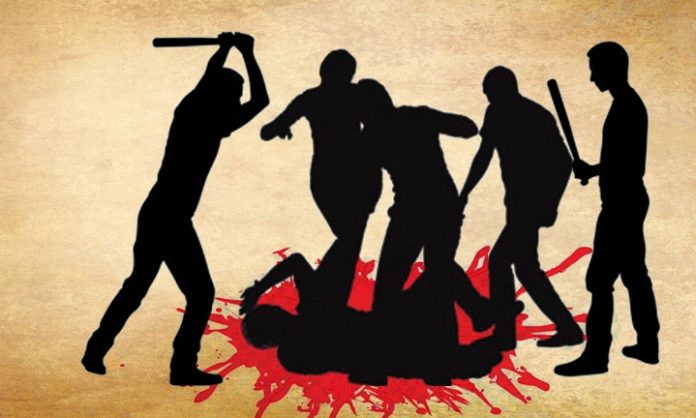 Chandigarh, Nov 17 (IANS) Tension prevailed in a Punjab village on Sunday after a horrific incident in which a Dalit labourer was allegedly beaten up and forced to drink urine by upper-caste men and later succumbed to his injuries at the Post Graduate Institute of Medical Education and Research (PGI) here.

His family has been demanding a compensation of Rs 50 lakh and a job from the state government.

The victim’s native place Changaliwal village in Sangrur district has been tense since the death of Jagmail Singh (37), who was brutally assaulted on November 7.

Hundreds of protesters belonging to Dalit organisations have been staging demonstration outside the Sub-Divisional Magistrate’s office in Lehra town. They have been demanding justice for the victim.

“The protest will continue until justice is delivered to the victim’s family. We are demanding compensation as well as a government job to one of the family members,” a protester said.

Joining the protest, singer and Dalit activist Bant Singh, who lost his limbs for protesting against his daughter’s gang-rape, said the atrocities against the Dalits by upper-caste Jat men is on the rise in the state.

He demanded capital punishment for the killers of Jagmail Singh, saying it would be a deterrent for the atrocities against the lower castes.

Jagmail, who lost both legs after the attack, was allegedly forced to drink “urine” by the suspects. The police have arrested all four suspects and added Section 302 (murder) of the IPC to the first information report registered on November 13.

Sangrur Member of Parliament Bhagwant Mann, in a video message, said he would raise the issue of killing of the Dalit in Lok Sabha on Monday. He said he would also call on Union Home Minister Amit Shah in this regard.

In Chandigarh, the family refused to accept the body till the victim’s wife was given a government job and adequate compensation.

Stating that the rule of jungle was prevailing in the state, the former Deputy Chief Minister said there were repeated cases of atrocities against Dalits and that the latest case of Jagmail Singh had stricken the conscience of every right thinking Punjabi.

“Jagmail suffered inhuman atrocities at the hands of his tormentors after being tied to a pillar, acid was poured on his legs and when he asked for water, he was forced to drink urine. Jagmail died a horrible death after both his legs had been amputated earlier,” he said on Saturday in a statement.

Badal said it was condemnable that the Chief Minister had proceeded on a 14-day holiday to Europe at a time when all sections of society are suffering.

The Sangrur police on Friday arrested three persons, including the main accused Rinku for forcing the Dalit to drink urine.

All four accused have been arrested by the police, an official spokesperson said, adding that the Chief Minister, currently out of India, spoke to Chief Secretary Karan Avtar Singh and DGP Dinkar Gupta to get an update on the case and review the situation in the wake of the unfortunate death of Jagmale Singh.

Amarinder Singh has directed both to ensure stringent and exemplary punishment for the accused for their heinous crime within three months.

Urging the deceased’s family to call off their protest, the Chief Minister announced that the state government will ensure justice and proper rehabilitation for them.

He also called upon all political leaders not to politicise the issue. It was a humanitarian issue and a grave crime that would not go unpunished, he said, adding that no political party or leader should try to take political mileage of the tragic incident.

Amarinder Singh said that his government was committed to the protection of the Dalits and will not tolerate any atrocities against them.

The accused have already been charged under Section 302 (punishment for murder) of the Indian Penal Code. They have also been charged with abduction, wrongful confinement and relevant sections of the Scheduled Caste and Scheduled Tribes (Prevention of Atrocities) Act.

The spokesperson said Amarinder Singh had taken serious note of the incident amid reports that Jagmale Singh was tortured and dumped on the street by the accused. His legs had to be amputated at the PGI in Chandigarh after he was referred there following initial treatment at three other hospitals.

India declares nine people, including a Canadian, as terrorists in connection to militancy in Punjab