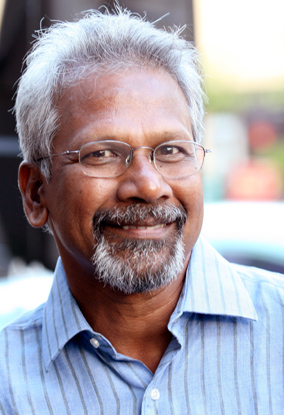 Chennai (PTI): Mani Ratnam feels filmmakers at times take too much from the real life and says his upcoming release “Kaatru Veliyidai” is also inspired from people he has come across. 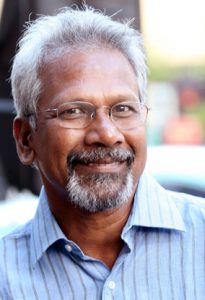 “Most of it is based on people you know or met. So, there are some tacit real-life inspirations if not apparent.
Sometimes, I think filmmakers grab too much from real life. You pick from various sources invariably,” he told PTI.
While Ratnam’s previous outing “OK Kanmani” was a contemporary romance-drama centered on live-in relationships, “Kaatru Veliyidai” is a period film in the backdrop of the Indian Air Force.
“‘Kaatru Veliyidai’ is not contemporary. It is a period film set in the backdrop of the late ’90s. It’s more like an intense, emotional relationship drama,” says Ratnam.
The director says he always looks for genuineness in an idea to develop it as a feature on screen.
“I always look for genuineness. If I feel I can connect with the audience, I will try to develop it. For example, the genesis of ‘Kannathil Muthamittal’ was an article published in the a magazine.”
Asked about the recurring shots of sun and rain in his films, Ratnam says they are great tools for filmmakers to tell the story and provide certain visual power to the script.
“I like the wind also. There are elements which are great tools for a filmmaker. It gives a certain energy, certain mood, and certain visual power.
“It really helps to capture it with a little bit of drama from the external. There is the internal drama that the script provides. The external drama is provided by the weather, landscapes and other elements of nature.”
Ratnam has been long-known for writing strong women characters in his films, but he doesn’t believe in the concept of ‘women-centric’ movies.
“I don’t start off saying I’m going to write a women-centric film. Even within the standard movies, if you don’t make women appear as cardboard characters and flesh them out as real people, it’s enough.
“I’m happy with it. I have done a lot of films which are kind of women-centric. I would say ‘Roja,’ ‘Alaipayuthey,’ ‘Mounaraagam’ and even this (‘Kaatru Veliyidai’) revolve around women. They carry the film.”
Ratnam also rubbished reports that his next project will be a gangster film.
“Kaatru Veliyidai,” starring Tamil actor Karthi and Aditi Rao Hydari as leads, is slated to release tomorrow. AR Rahman has composed the music for the film.