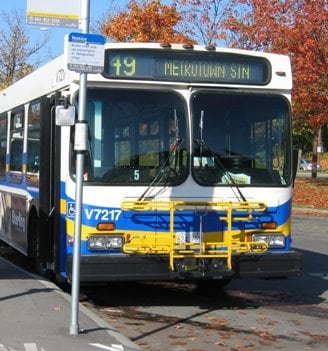 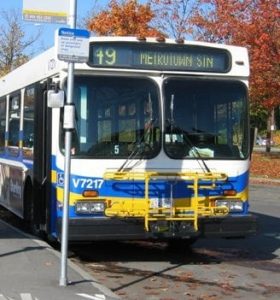 TWO-WEEK seasonal service changes go into effect from December 18 through December 31, as part of TransLink’s annual service adjustment to respond to lower ridership on routes serving schools and post-secondary institutions.

Bus routes that will operate less frequently during the holiday season:

Customers are encouraged to visit the TransLink Trip Planner for specific schedule information for these routes. In response to increased demand during the holiday season, additional trips will be added to the 620 Bridgeport Station / Tsawwassen Ferry.

Also, beginning Monday, December 18 thanks to the investments in the Mayors’ 10-Year Vision TransLink says it is providing permanent service increases for the 5 (Robson / Downtown) and 6 (Davie / Downtown) bus routes in Vancouver to address overcrowding. Permanent changes also include splitting the 106 bus route, which currently connects New Westminster Station, Edmonds Station and Metrotown Station, into two routes to improve reliability.

o   Revised 106 will travel between New Westminster and Edmonds stations.

o   New 119 will travel between Edmonds and Metrotown stations.

Special schedules will be in place for many routes on Christmas Day, Boxing Day and New Year’s Eve. Free transit will once again be offered on New Year’s Eve.

A second wave of service increases made possible thanks to Mayors’ 10-Year Vision funding will be announced later this month and go into effect on January 1, 2018.