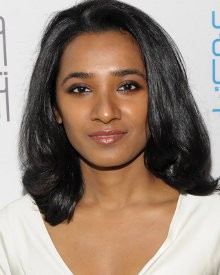 Mumbai (IANS): Actress Tannishtha Chatterjee,
known for her performances in films
like “Rough Book”, “Angry Indian Goddesses”
and “Parched”, says she wants to be like
the late veteran actress Zohra Sehgal.
“I remember the day when I met Zohra Sehgal
for the first time. She was 90 and I was
19. Even at her age, I was astonished by seeing
her diligent, discipline and commitment
to her work. That is a true taste of an artiste.
My aspiration is to be that sort of an artiste,”
Tannishtha said here in an interview.
“I think for an artist, there is no scope of being
satisfied. The day you are satisfied with
your work, you are stopping yourself from
exploring another avenue. It hasn’t stopped
for me and it is a continuous journey.
“I am learning and growing and this process
should continue,” added the acclaimed actress,
often called ‘princess of parallel cinema’.
Tannishtha’s latest film is Garth Davis’s
“Lion”, which received six Oscar nominations
but didn’t register any win.
On being asked about her experience of the
film, she said: “I have a very nice time working
with Garth Davis. He is incredibly good
with actors. Though I had a brief role, but
the reason why I wanted to do it was because
Garth wrote this role for me.”
“I have always played a good girl in other
movies. The shiftiness of this character actually
drew me towards it. I really wanted to
explore that,” Tannishtha added.
“Lion” is based on a real life incident and
all characters are from real life, while Tannishtha’s
character is fictional.
In her new project, the actress will be seen
portraying a historic figure Doctor Rukhmabai,
said to be India’s first practising lady
doctor. The 36-years-old says it’s a multilingual
film and she had to learn Marathi for it.
“Besides that, I will be doing another British
and French film this year,” added Tannishtha,
who had also earlier featured in
films like “Brick Lane” and “UnIndian”.