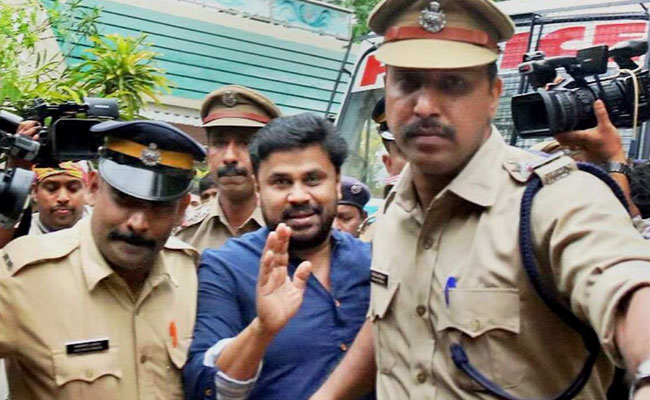 Kochi (PTI): Breaking her silence, the South Indian actress who was abducted and assaulted by a gang of men in February on Thursday expressed hope that truth would come out in the case in which popular Malayalam actor Dileep was arrested on the charge of being a key conspirator. 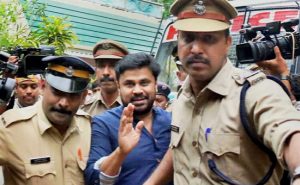 In her first comments since the arrest of Dileep on July 10, the actress, in a release, said she was at a shock like others seeing the developments which unfolded in the case in the last few days.

In related developments, Dileep, under police custody, was taken to various places in Thrissur for collecting evidence while his brother Anoop alleged a conspiracy.

“There is a big conspiracy. My brother is being framed…

The truth will come out,” he told reporters here.

The actress, without taking Dileep’s name, recalled her working with him in several movies and said some personal issues between them had put an end to their friendship.

She had not tried to make anyone as an accused in the case because of personal rivalry or in the name of any other issues, she said.

Dismissing reports that the rivalry between them had erupted over a real estate deal, the actress said she had no such deals– either real estate or financial– with the actor.

The actress said she had come to know from media and other sources that all evidences were against the actor, currently being questioned in police custody.

Apparently referring to Anoop’s claims, she said if “that person” (Dileep) is claiming that he was trapped in the case, the fact about it should also come out fast.

Let the truth be revealed quickly in the case, she said, adding those responsible for the crime shall not be left to go scot free and no innocent person shall be implicated.

Anoop alleged the developments which led to the arrest of the actor were being done on the basis of a pre-planned script.

Police in its remand report had claimed that Dileep had developed a grudge against the actress for letting his former wife know about his private life and hatched a conspiracy to take revenge way back in 2013.

In another development, police today took the statement of actor Aju Varghese, booked for disclosing the name of the assaulted actress on social media.

They also seized Varghese’s mobile phone using which he had allegedly posted the social media message.

He has been charged under Section 228 A of the IPC (Disclosure of identity of the victim of certain offences).

The actor had earlier expressed regret over revealing the identity of the actress.

The popular actress, who has worked in Tamil and Telugu films, was abducted and allegedly molested inside her car for two hours by the accused, who had forced their way into the vehicle on February 17 and later escaped in a busy area here.

Six persons, including ‘Pulsar’ Suni, have been arrested in connection with the incident.

After his arrest, on the charge of conspiracy, Dileep has been expelled from various film forums, including the Association of Malayalam Movie Artistes (AMMA), as the industry rallied behind the actress.

VANCOUVER Police announced on Friday that they have arrested Jason Tapp, 30, and Nicole Edwards, 33, in relation to a violent sexual assault in...
Read more

VANCOUVER Police announced on Friday that they have arrested Jason Tapp, 30, and Nicole Edwards, 33, in relation to a violent sexual assault in...
Read more