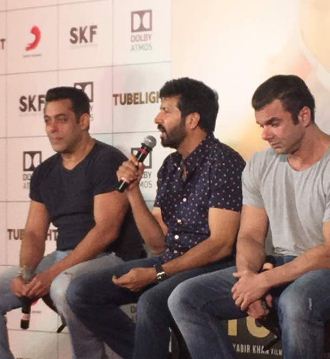 Mumbai (PTI): Superstar Salman Khan said he considers himself to be a limited performer and credited his “Tubelight” co-star and brother, Sohail Khan, for helping him perform well in the upcoming film. 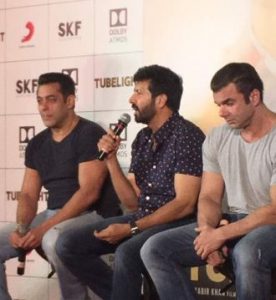 “Tubelight” brings Salman and brother Sohail back together onscreen and the “Dabangg” star said it was because of his younger brother that he could bring out the emotions in the right way.

“The film was an emotional journey and I felt emotionally drained after shooting some of the scenes. I am a limited performer and everybody knows that, but because Sohail was playing my brother, maybe that’s why I was felt so emotional,” Salman told reporters here at the trailer launch of “Tubelight.”

However, Kabir quickly added, “After ‘Tubelight’ people will not say that you are a limited performer.”

Talking further about his character Salman said it is difficult for him to do films like “Hum Aapke Hain Kaun”, “Bajrangi Bhaijaan” and “Tubelight”.

“To play a pure character is the most difficult thing as we are not purest people in our life. So, you portray a character like that in Prem of ‘Hum Aapke Hai Kaun’, the role in ‘Bajrangi Bhaijaan’ and “Tubelight” is most difficult. It’s a challenge to maintain simplicity, purity and honesty of a character.” PTI KKP