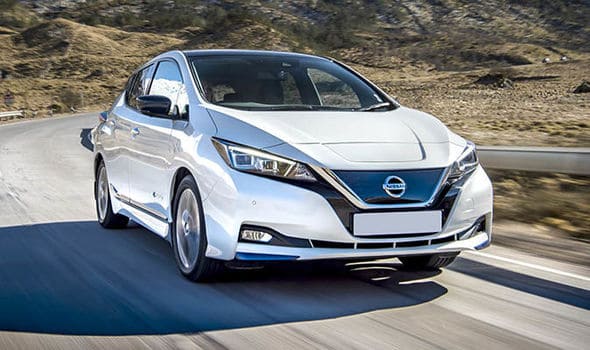 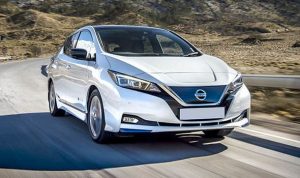 MISSISSAUGA, Ont: Nissan recently unveiled the Nissan LEAF e+, further broadening the appeal of the world’s best-selling electric car by offering a new powertrain with additional power and range. The “e+” refers to the increased energy density of the model’s 62 kWh battery pack and the higher output of its powertrain. The new powertrain adds to the car’s range by approximately 40 per cent, with NRCan range of up to 363 kilometres, ensuring that there’s a Nissan LEAF to meet the driving needs of a wider range of customers.

The LEAF e+ will be sold as the LEAF PLUS in Canada, with each trim level receiving its own designation of S PLUS, SV PLUS and SL PLUS. Globally, the vehicle will be referred to as the Nissan LEAF e+.

The Nissan LEAF e+ features a new version of the LEAF’s revolutionary electric powertrain, delivering excellent energy efficiency and robust torque and power output. While the current LEAF meets the needs of many customers with its driving range of 243 kilometres, the LEAF e+ offers an NRCan range of up to 363 kilometres, allowing customers the ability to do more between charges.*3

The high-capacity battery and more powerful, 160 kW motor in the LEAF e+ combine to produce 45 per cent more power and 250 lb-ft (340 Nm) of torque, enabling faster acceleration when driving at high speeds. Accelerating from 50 mph (80 kph) to 75 mph (120 kph) is nearly 13 per cent quicker. This allows the LEAF e+ to confidently pass slower-moving vehicles, exit corners faster and more seamlessly, and merge easily with fast-moving traffic. The top speed has increased by approximately 10 per cent for comfortable cruising.

Thanks to the available new 70 kW (100 kW peak) Quick Charging system, the 2019 Nissan LEAF e+ can charge more efficiently than ever.*3 Based on early testing, Nissan LEAF e+ owners can expect similar charging times when hooked up to a 100 kW charger as current LEAF owners do with a 50 kW charger, despite a 55 per cent larger battery storage capacity.

Canadian pricing will be announced closer to on-sale date.