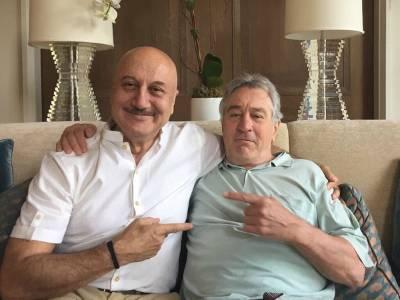 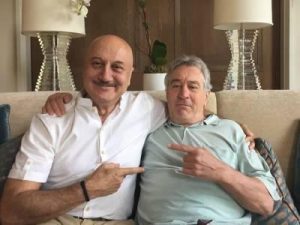 Kher, 62, who is currently in New York for the premiere of his international movie “The Big Sick”, shared his picture with the Hollywood veteran on Twitter and thanked him for the sweet gesture.

“When #GodOfActing #RobertDeNiro invites you for lunch on #FathersDay to his house, you can’t eat, because your heart is in your mouth,” Kher wrote alongside a picture in which he is sitting next to De Niro.

In another post, Kher said, “And when #GodOfActing #RobertDeNiro takes a pic where he is doing the same gesture that you are doing, it is time to faint. What an HONOUR.”