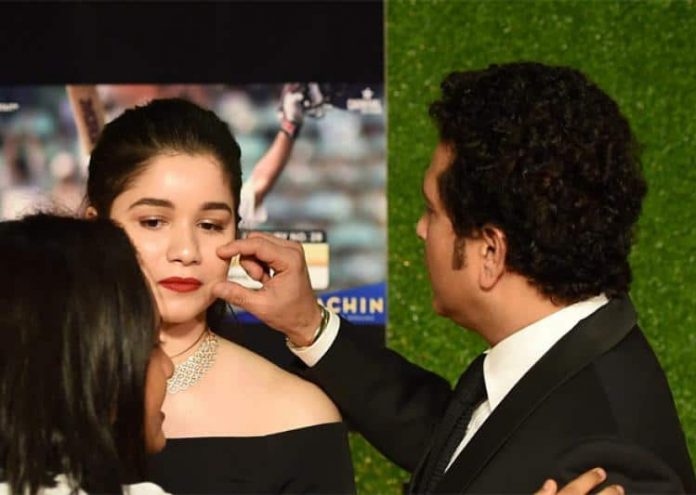 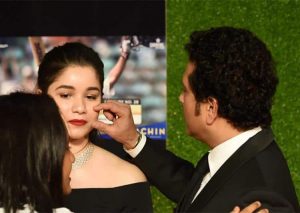 Mumbai (PTI): The romance between master blaster Sachin Tendulkar and his wife, Anjali, depicted in his biopic was the favourite part of the film for their daughter Sara.

Sara said she thoroughly enjoyed watching her father’s journey on the big screen in the film “Sachin: A Billion Dreams”, which will hit the theatres tomorrow.

A grand premiere of the biographical drama was held here last night.

“Growing up I never really understood the magnitude of the personality that is Sachin Tendulkar… For me he was always my father and it was just simple. After watching the movie, it has made me truly understand what everyone else thinks of him,” Sara said in a statement here.

“My favourite part of the movie is where they speak about my parents meeting and the whole romance which I think is cute. Also, their wedding scene is really nice,” she said.

The biopic is based on the life of the 44-year-old cricket legend. The film, directed by Emmy-nominated James Erskine, chronicles the iconic sportsman’s journey in the field of cricket and personal life.

Industrialist Mukesh Ambani and wife Nita, Tendulkar’s son Arjun, daughter Sara and his in-laws were also seen at the premiere.