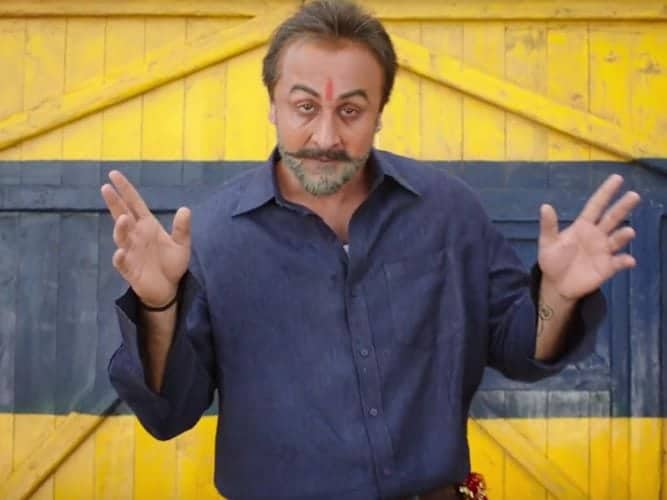 Los Angeles (PTI):   Sanjay Dutt’s close friend Paresh Ghelani, who was portrayed as Kamlesh Kapaasi aka Kamli in “Sanju”, has debuted on social media, a week after the release of the actor’s biopic.
Kamli, which was based on Ghelani, was played by Vicky Kaushal to Ranbir Kapoor’s Dutt.
Ghelani wrote an emotional open letter on Instagram, saying he was overwhelmed with ” limitless emotions” after he saw the Rajkumar Hirani-directed film.
“After watching the film ‘Sanju’, I was numb, numb with limitless emotions. I wanted to just hug him, hold on to him and cry. Cry endlessly to the years we stood by and witnessed this roller coaster called life and the irrevocable loss of loved one…
“To the mistakes we cannot do undo, to the strength we cannot find elsewhere but in each other,” he wrote, adding it was after many years of staying away from social media, he finally gave in to embrace it.
Ghelani said the world now “shares our story” and the story of the man “who’s made me a part of his and he has taught me how to get up after every fall”.
“There were moments I’ve relived from my own life… on screen. ‘Sanju’ is everything that defines the core of friendship…
“Our friendship has been exhilarating, volatile, wild and rewarding.. Our journey has often been clouded in disbelief and doubt, wondering if we will make it till the end or will fall into the labyrinth of tragedy and controversy. But here we are united, unbreakable and ready for life,” he said.
“Look past the flaws, the women, the controversies, I love you and now I can share it with everyone,” he added.
Kaushal also took to Twitter to welcome Ghelani on social media.
“Ladies & gentlemen! The real ‘Kamli’ is in the house! Please welcome @impareshghelani on Twitter. Big hug Tiger! #Sanju,” the actor wrote.