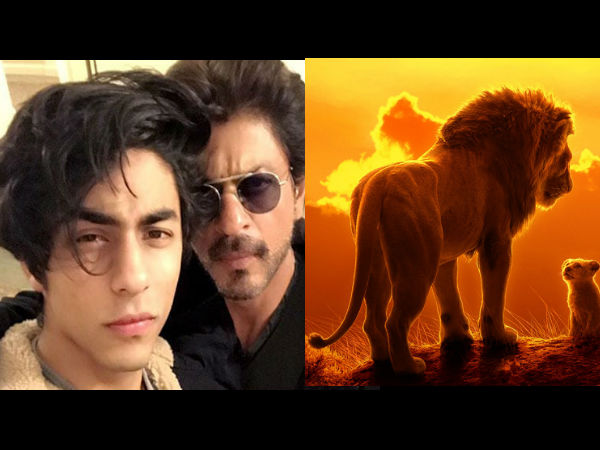 The newly-released ‘The Lion King’ has set the box office on fire and has received much appreciation from critics as well as the audiences. The Hindi version of the movie is very special for Bollywood fans because the Badshah of the Hindi film industry, Shah Rukh Khan, and his son Aryan Khan, have worked together in it. SRK has lent his voice to ‘Mufasa’ while Aryan has dubbed for ‘Simba.’ When asked how it felt to work with his son Aryan, this is what Shah Rukh had to say. Read up!

This being the second time that Shah Rukh got to work with his son Aryan, he expressed that it was an amazing bonding time between the two. “When we did Incredibles, Aryan was about nine-years-old. It was very sweet to hear his voice. Even now, years later when I’m doing it for Lion King. For me, it’s an amazing bond time with Aryan,” said SRK. Thanking his co-stars for making him and Aryan sound good in the movie, Shah Rukh tweeted this over the weekend – “So happy to hear that so many r enjoying Lion King. A special thanx to my coactors & friends for bringing this film to life in Hindi. @imsanjaimishra @shreyastalpade1 & the amazing @AshishVid & #asrani sahib. Thx for making me & Aryan sound good!” (sic) Directed by Jon Favreau, The Lion King’s Hindi version also stars Shreyas Talpade as Timon, Ashish Vidyarthi as Scar, Sanjay Mishra as Pumbaa, and Asrani as Zazu, with vocals by Sunidhi Chauhan and Armaan Malik. The movie hit theatres on Friday, July 19, 2019.