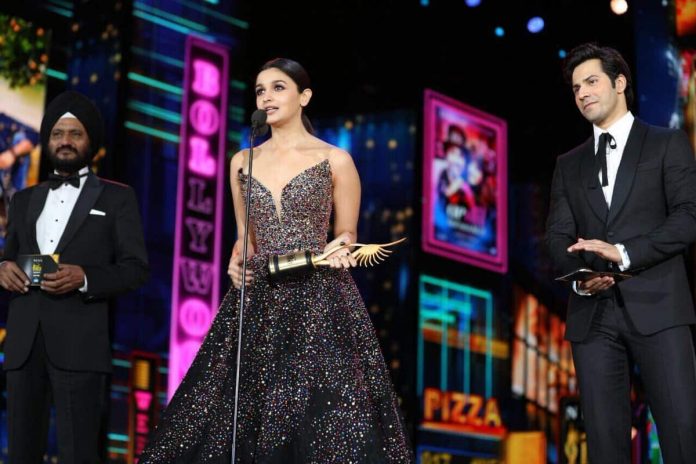 New York (PTI): It was a big night for Shahid Kapoor and Alia Bhatt, who took home the top acting honours for their roles in drugs-themed drama “Udta Punjab” at the 18th International Indian Film Academy (IIFA) awards, which saw “Neerja” being named the best picture. 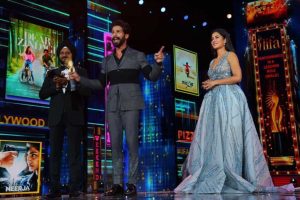 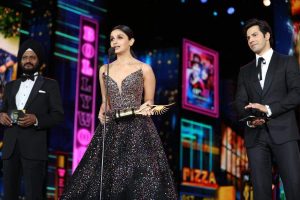 Her co-star, Shahid, was honoured with the best actor gong for his portrayal of drug-addict rockstar, Tommy Singh.

Music maestro AR Rahman was honoured with a special award for completing 25 years in the industry.

“Thank you @IIFA, @wizsabbas, @virafsarkari, @WizAndreTimmins for making today a memorable one to cherish,” Rahman tweeted post his win.

The hosts for the ceremony were Saif Ali Khan and Johar, who had the audience in splits with their funny one-liners and banter. However, it was not all smooth-sailing for the duo as the audience booed at them several times during the show at the jam-packed MetLife stadium.

Alia, who also won the Myntra Style Icon Award, began the proceedings of the night with her performance on “Tamma tamma”, “Ladki beautiful” and “Badri ki dulhaniya”.

She even pulled her co-star Varun Dhawan on to the stage to dance with her.

Varun, later took to the stage for his solo performance, during which he paid a tribute to his father, filmmaker David Dhawan, who completed 30 years in the film industry.

He treated fans by performing on hit numbers from ’90s movie “Judwaa” like “Oonchi hai building” and “Tan tana tan”, which are being recreated for his upcoming film “Judwaa 2”.

But the best was kept for the last as Salman Khan took to the stage for the finale performance and danced on “Radio” and “Main hoon hero”.

There was also a dance face-off between original “Judwaa” star Salman and Varun, who is reprising the superstar’s character in the film’s reboot.

Unlike previous editions, no international stars were part of the IIFA celebrations this year.