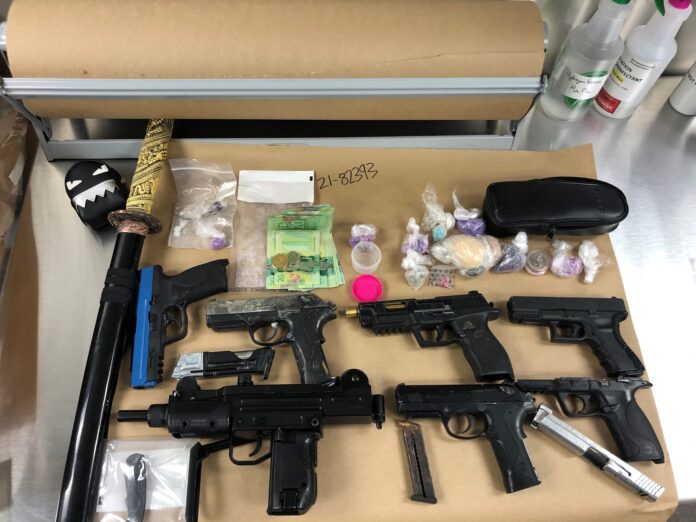 On June 4, at 4:40 p.m., Surrey RCMP frontline officers conducted a traffic stop with a vehicle for a Motor Vehicle Act investigation, in the area of 94 Avenue and King George Boulevard. During their interaction with the driver, the officers observed items consistent with drug trafficking and arrested the driver and passenger.

Further investigation led to the seizure of seven imitation firearms, a pistol magazine with live ammunition, a sword, and a knife. Police also located and seized multiple packages containing 157 grams of suspected fentanyl, and approximately $250 in cash.

A 34-year-old male from Surrey and a 34-year-old female from Port Coquitlam were released at scene. A report to BC Prosecution Services is expected following further investigation.

“Many people do not know that it is a crime to use or possess imitation firearms during the commission of an offense,” said Constable Sarbjit K. Sangha, Media Relations Officer. “In Canada, using imitation firearms to commit crimes is an indictable offence, meaning a person may be subject to jail time and financial penalties upon conviction.”