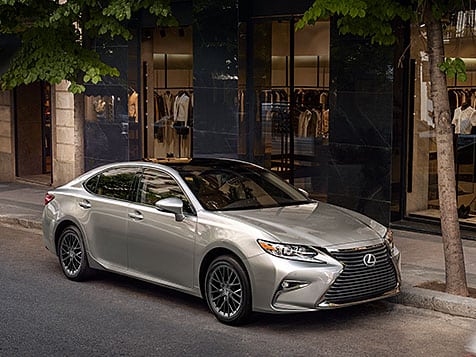 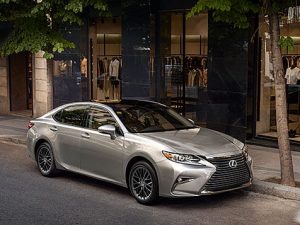 TORONTO, ONTARIO, – After six generations of unprecedented success in the midsize sedan category, the next-generation Lexus ES is forging a new, more ambitious path. Long known for its unparalleled comfort, refinement and luxury appointments, the seventh-generation ES builds on its strengths with an all-new chassis that allows for a more dynamic exterior design and the introduction of the first ES F SPORT.

The starting point was the newly developed GA-K chassis. It is an exceptionally rigid front-wheel drive chassis, rivaling the GA-L rear-wheel drive platform used for the LC coupe and LS sedan in terms of torsional stiffness. For an enhanced level of dynamic performance, F SPORT models offer an Adaptive Variable Suspension (AVS) similar to that found on the LC coupe. AVS adds adjustable dampers at each corner that feature 650 levels of damping force for the ultimate in control over any surface. All ES 350s are powered by a 3.5-litre V6 that is designed to deliver commanding acceleration along with an invigorating sound. With an update to D4-S fuel injection, the impressively smooth engine now develops 302 horsepower and 267 pound-feet of torque. Both of those numbers are up significantly (+34 hp, +19 lb-ft) compared to the previous generation V6.

In addition to the boost in power, the ES350 also benefits from a new eight-speed Direct Shift automatic transmission… With a wider spread of ratios, the new eight speed is able to utilize high torque gears on the low end for quick starts and tall gearing on the high end for optimum efficiency.

An all-new engine, the 2.5-litre four-cylinder incorporates fast burn combustion technology that makes it one of the most thermally efficient engines ever offered in a Lexus. The result is more power without increasing emissions or fuel consumption. When it goes on sale in September, the 2019 Lexus ES will usher in a new era for one of the brand’s most popular models.