Home Bollywood This is special for us, wish Sridevi was here, Boney on Nat...
Facebook
Twitter
WhatsApp
Email 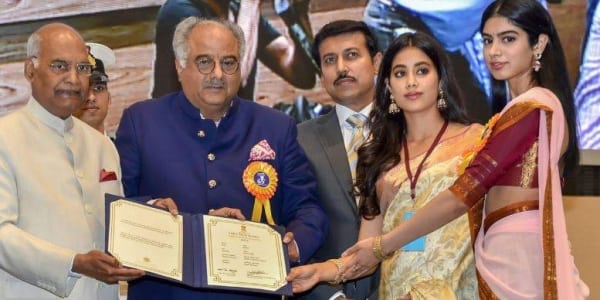 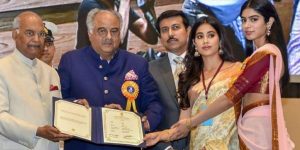 (PTI): Filmmaker Boney Kapoor, who is in the city to receive wife Sridevi’s posthumous Best Actress honour at the National Film Awards today, said it was a special moment for the family and they missed her a lot.
Sridevi, who died at the age of 54 in Dubai on February 24, won the award for her portrayal of a revenge-seeking mother in Hindi film “Mom”.
Daughters Janhvi and Khushi accompanied Kapoor to the ceremony.
“I wish she was here. She truly deserved this award. It s so unfortunate that she is not here with us today to celebrate. I am grateful to the government of India, the I&B Ministry and the jury. It is a proud moment for all of us but sadly she is not here,” Boney told reporters ahead of the ceremony.
Janhvi said, “I want to thank the jury and the government of India for recognising the hardwork my mother has done. It is very special for us as a family.”
Sridevi and her “Chandni” co-star Vinod Khanna were recognised posthumously at the National Film Awards this year.
Khanna was named this year’s Dadasaheb Phalke award winner. The award was received by son Akshaye Khanna.