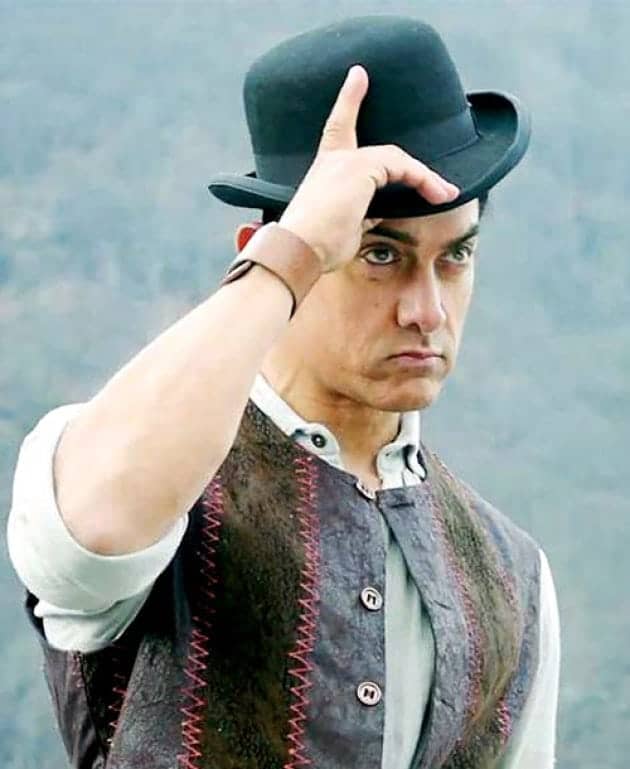 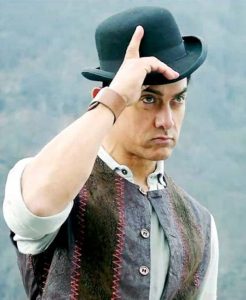 New Delhi (PTI): Superstar Aamir Khan on Wednesday acknowledged the gender pay gap in Bollywood, saying the difference in the paycheck results from the patriarchal mindset of society, which does not see women as heroes.

The 52-year-old actor, who has been the star of some of the biggest money-spinners in Bollywood, said he “strongly believes” in equality but the change will happen only if there is a paradigm shift in society’s attitude.

“Unfortunately, what has happened that most of our stars are male. The people who draw crowd are male and it is a result of the patriarchal influence on our society.”

The actor said the children are conditioned to look at men as heroes from a young age.

“We don’t see women as heroes. We start planting these thoughts in our heads since childhood. There has to be a paradigm shift in that. I am someone who strongly believes in equality whether you are man or a woman. But ultimately in the economics of cinema anyone who pulls people in will be paid higher. There is no question about it,” Aamir said in an interview here.

The actor, whose last “Dangal” had strong women characters and his upcoming “Secret Superstar” also has a teenage girl at the centre, said he would not mind his female co-actors getting a bigger pay cheque.

“Anyone who has the ability to fill seats gets bigger share in the fee. So the day she (Zaira Wasim) will be able to fill more seats then me I won’t mind her getting a bigger paycheck than mine.

“And that is not going to be determined by her gender, that is the market that will determine. As a producer, I will want her if she is benefiting my film, gender doesn’t matter.

I will give her value, from a purely economical point of view.”

Aamir added that every film has only “two or three” people in the whole cast and crew, who can bring people to the theatres and that has nothing to do with the gender.

“They can be a man or a woman doesn’t matter if they can pull people in. That benefit they are brining to the film is unique to them, not anyone else. That is what we describe as stardom. That could be Salim-Javed as writers and Rahman as a music director,” he added.

Aamir also batted for equal pay for the technicians as he feels their contribution to the film is equal to that of actors.

“I feel even technicians should get equal money as actors. I don’t understand why is a cameraman’s or an editor’s work is less important than an actor. I strongly feel all the people in the creative team are contributing equally and should be paid equally. Everyone should be valued equally.

There are only two people, who can be valued a little higher – the director and the writer,” he said.

Aamir said as far as he is concerned, he does not charge an advance fee for his movies. The actor said he takes a percentage of the profit.

“I take a percentage of the profit. And that is assuming the fact that the film makes a profit. Fortunately, my films have made profit. But if they don’t, I am the guy who takes the hit as I get paid in the last.

“So, I follow the oldest method of asking for money in performing arts. Which is that you perform for everybody and you take out your cap and if people like your work, they give you money and if they don’t, they turn their back at you and leave,” he said.

The actor said there may be a pay gap, but there is no gender inequality in the film industry in terms of work.

“I feel industry doesn’t differentiate on the basis of gender. If we look at a film crew we will see a lot of women doing important jobs. My wife (Kiran Rao) is a director, Reema Kagti and Farah Khan are also there and they are not looked any differently from a male director. Their gender is unimportant. We have equal status, in terms of gender, when it comes to a film crew.”

Aamir said he is happy that the industry has started churning out more women oriented/centred films.

“There are films coming out which have powerful women characters. There was ‘Queen’ which Kangana had done, then there was ‘Simran’. I also did two films ‘Dangal’ and ‘Secret Superstar’. The films are being made for women. We are moving in the right direction.”