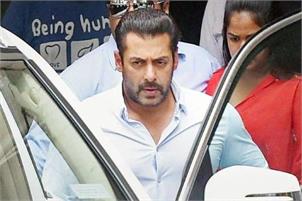 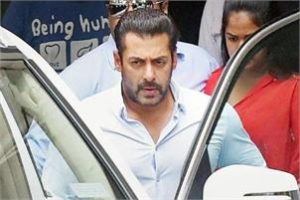 Jodhpur (PTI): A Jodhpur, Rajasthan court will announce on April 5 the verdict in the 1998 black buck poaching case against actor Salman Khan.

The court of the chief judicial magistrate (Jodhpur Rural), where the trial of the case has been in progress for the last 19 years, reserved the judgment on Wednesday after the final arguments.

Magistrate Dev Kumar Khatri reserved the order to be pronounced on April 5 in the presence of Khan and other accused, including a local, Dushyant Singh.

Khan’s counsel H M Saraswat said the final arguments in the case began on September 13 last year with the prosecution counsel citing the statements of the eyewitnesses of the case.

After this, the counsels for the co-accused began their arguments, which were completed on March 24, he said.

Khan was accused of killing two black bucks on October 2, 1998 in Kankani village in Jodhpur during the shooting of “Hum Saath Saath Hain”.

He was acquitted in two poaching cases by the high court and in a case under the Arms Act by the lower court.