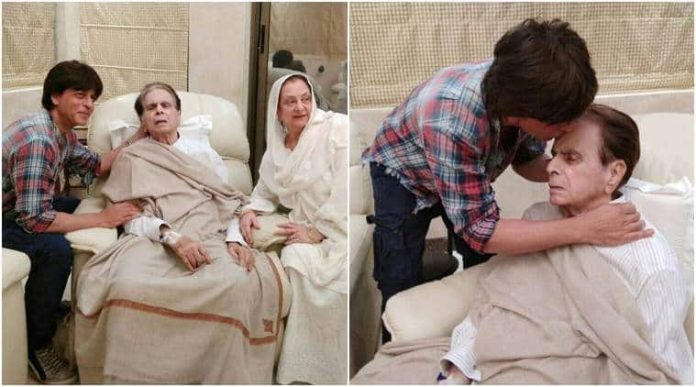 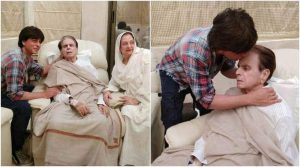 Mumbai (PTI): Superstar Shah Rukh Khan paid a visit to Dilip Kumar at his home, a week after the veteran actor was discharged from the hospital.

Kumar, 94, was admitted to city-based Lilavati Hospital on August 2, where he was treated for dehydration and urinary tract infection.

His wife, Saira Bano took to the actor’s official Twitter page to share a series of photographs of the legend with Shah Rukh, who treats the “Jab Harry Met Sejal” actor as his own son.

“@iamsrk visited Sahab this evening. Sahab’s doing much better since return from the hospital. Shukar Allah,” the post read.

Kumar was discharged from the hospital on August 9.