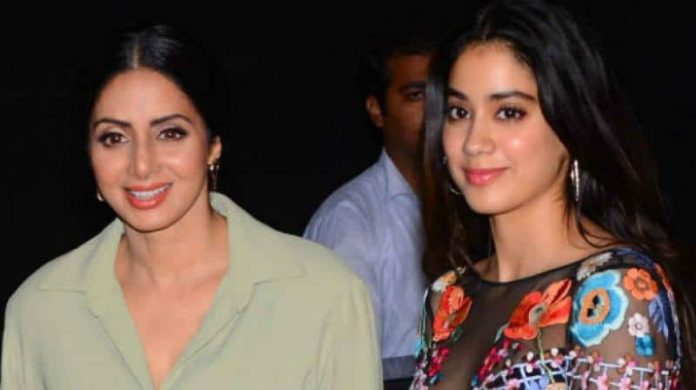 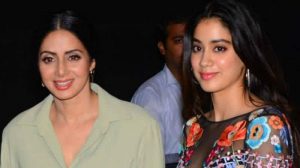 Mumbai (PTI): Gearing up for her debut in “Dhadak”, Janhvi Kapoor says she does not feel the weight of expectations as Sridevi’s daughter and hopes to earn the same amount of love from the audience like the veteran actor received.
Her foray in films comes a few months after Sridevi’s death this February.
The actor, who stars opposite Ishaan Khatter in the Hindi adaptation of Marathi blockbuster “Sairat”, says she is aware of the late actor’s legacy and wishes to honour it.
“I’m aware of it (the legacy) but I don’t think there’s a fear. I feel like mom has earned and got so much love, gratitude and adulation from people. There’s a lot of gratitude I feel towards that, which even she felt. I want to make them happy. I want to earn the same kind of love.
“I know I’ve to work for it, I want to. I feel there’s a responsibility towards them (audience). I want to make them happy. They’ve given my mom so much, my mom has given them so much, I want to earn it. I will, hopefully,” Janhvi told PTI in an interview.
The actor says Sridevi never interfered in her acting process and wanted her to experience things on her own.
“She supported me a lot but I think both of us were clear that she wanted this to be my own journey. I remember reading lines with her around. But she never said ‘Do it like this or that’. She would always say, ‘I want you to find this on your own, do it on your own’,” Jahnvi says.
“I had even told her that I don’t want her to come on sets, ever. That ‘I don’t want you to see what I am doing till I’m fully done with it, I don’t want you to tell me how I should do it and let me do this on my own’,” she adds.
Janhvi, 21, says coming from a film family instilled a sense of maturity in her to understand the goings-on of showbiz.
“It has helped me in a way that I understand mom’s creative space, how to read situations in movies, what she considered good acting or bad acting. So, that has formed opinions for me as well.
“Dad (Boney Kapoor) is a producer so I know what it’s like for producers to deal with actors, be professional and respectful… Everything else that goes into filmmaking. It’s made me more aware.”
Directed by Shashank Khaitan, “Dhadak” is scheduled to release on July 20.

VANCOUVER Police are looking for dashcam video from the public in a new area of interest related to the murder of Iqubal...
Read more