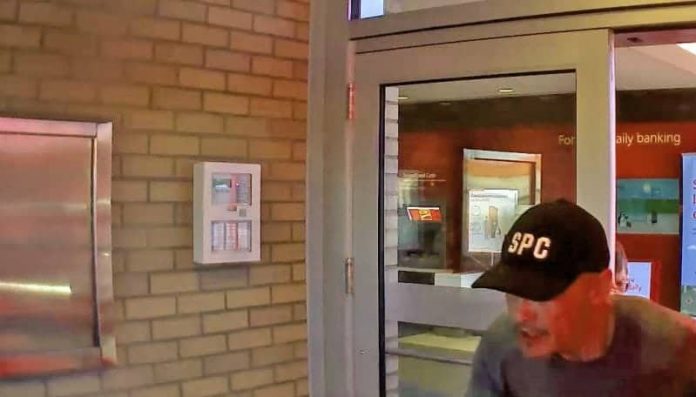 ON Sunday (October 15) at 12:25 p.m., the Abbotsford Police Department received a call of a reported robbery at a financial institution in the 32900-block of South Fraser Way. A male suspect had entered that location moments earlier and approached the teller. He produced a note and a knife and ultimately jumped over the counter making a demand for money. He placed the knife near the neck of the 40-year-old female teller to force her compliance.

The suspect fled the bank on foot. The teller was shaken but uninjured and the robbery was witnessed by bank staff, customers and captured by security video.

The suspect is described as a white male, 30-40 years of age, 5’10” tall, with a medium build. He was wearing a green shirt, light-coloured jeans and a baseball cap with the letters “SPC” on it.