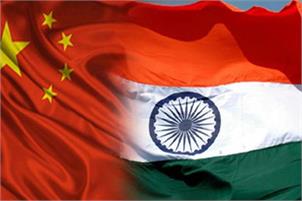 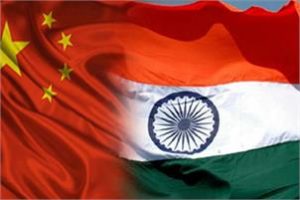 Washington (PTI): The Pentagon has said that tension continues to exist along the disputed portions of India-China border even though the economic relationship between the two countries have increased in recent years.
According to the Pentagon, China’s use of force in territorial disputes has varied widely throughout its history.
“Tensions persist along disputed portions of the Sino- Indian border, where both countries patrol with the armed forces,” the Pentagon said in its annual report to the Congress.
In September 2016, an Indian patrol observed that more than 40 Chinese troops had set up a temporary shelter within Indian territory in Arunachal Pradesh, which China also claims as South Tibet, it said.
“The two sides conducted flag-officer level meetings where they agreed to maintain peace, and then withdrew to mutually acceptable positions,” the Pentagon said as it listed out other border disputes that China has with neighbouring countries, prominent among them being the East China Sea.
Some disputes led to war, as in border conflicts with India in 1962 and Vietnam in 1979, it said, adding that a contested border with the former Soviet Union during the 1960s raised the possibility of nuclear war.
In more recent cases involving land border disputes, China has sometimes been willing to compromise with and even offer concessions to its neighbours.
“Since 1998, China has settled 11 land-based territorial disputes with six of its neighbours,” the Pentagon said.
In recent years, China has adopted a coercive approach to deal with several disputes that continue over maritime features and ownership of potentially rich offshore oil and gas deposits, it added.
The Pentagon said tensions remain with India along the shared 4,057 km border over Arunachal Pradesh, which China asserts is part of Tibet and therefore part of China, and over the Aksai Chin region at the western end of the Tibetan Plateau, despite growing China-India political and economic relations.
“China and India continue to accuse each other of frequent incursions and military build-ups along the disputed territories. In 2013, however, Chinese and Indian officials signed the Border Defence Cooperation Agreement, which supplements existing procedures managing the interaction of forces along the Line of Actual Control,” it said.
As per Chinese figures, cumulative Chinese investments into India till September 2016 stood at USD 4.75 billion while Indian investments into China were USD 0.689 billion. Indian businesses have a presence in China in sectors such as IT, pharmaceuticals and automobiles.
The Pentagon said China and Japan have overlapping claims to both the continental shelves and the exclusive economic zones in the East China Sea.
The East China Sea contains natural gas and oil, though hydrocarbon reserves are difficult to estimate.
Japan maintains that an equidistant line from each country involved should separate the EEZs, while China claims an extended continental shelf beyond the equidistant line to the Okinawa Trench, it said.
Also the South China Sea plays an important role in security considerations across East Asia because Northeast Asia relies heavily on the flow of oil and commerce through South China Sea shipping lanes, including more than 80 percent of the crude oil to Japan, South Korea, and Taiwan.
The total length of the Indo-Pak border in Jammu and Kashmir is 1,597 km, Himachal Pradesh 200 km, Uttarakhand 345 km, Sikkim 220 km and Arunachal Pradesh 1,126 km.