Home Bollywood Excited to see how people react to the actor in me: Sreesanth
Facebook
Twitter
WhatsApp
Email 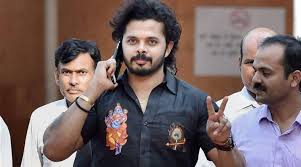 Mumbai (PTI): Cricketer S Sreesanth, who is making his acting debut in Bollywood with “Aksar 2”, said he is geared up for his innings in films.

The cricketer-turned-actor said he has moved on from the spot-fixing incident.

“…About the match fixing saga you should ask the BCCI and not me. I am excited about ‘Aksar 2’ and I am looking forward to see how people react to Sreesnath the actor and not the cricketer,” he told reporters at the trailer launch of the film.

Sreesanth has previously acted in a movie in south and said he is open to do more films in Bollywood if he is offered good scripts.

“I did a south film and this film is a great opportunity for me. In future, if I get good work I will take it up. I am happy to be back after four years with cricket, my first match is on October 6 and that’s when the film is releasing.”

Director Ananth Narayan Mahadevan also praised Sreensanth and said, “I always wanted to be a cricketer and we are fortunate to be having S Sreesnath for this film. He will be a surprise. We all are lucky to have him for the film.”

The film also features Zareen Khan, Abhinav Shukla and Gautam Rode. It is set to release on October 6.