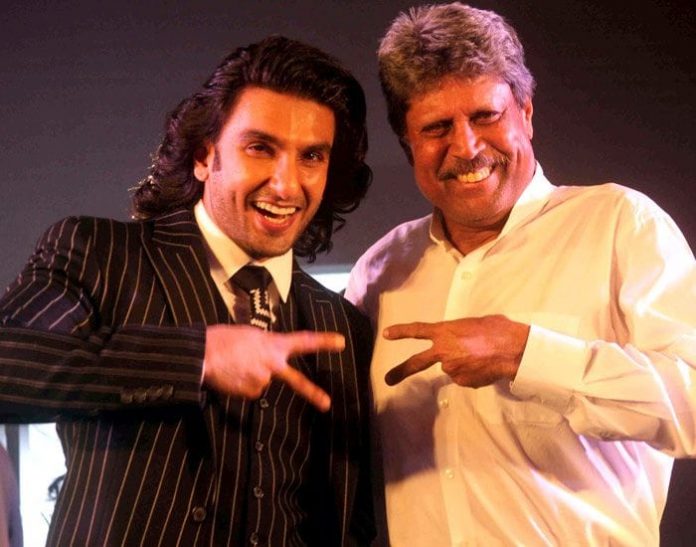 ACTOR Ravneer Singh, who is portraying the character of India’s first World Cup-winning captain Kapil Dev in the movie ’83’, says he is excited to “get into the skin of such a legendary player”.

“It should be exciting to get into the skin of such a legendary player. I am really looking forward to it but it is going to be a while before I commence work on it,” the effervescent actor told PTI.

On the upcoming projects he added, “Right now I am committed to the film. I have not officially started work. I am doing two movies before that. First in line is Gully Boy directed by Zoya Akhtar, after that I have Simba directed by Rohit Shetty.

Asked about his role as brand ambassador of EPL, he said, “I am working very closely with Premier league, I am going to put in suggestions as to what we can do to make things very, very exciting for our young fans in India. We already have ground events planned, they are very elaborate.

“EPL also works very closely with the Indian Super League. We are going to have a lot of exciting on-ground activities in the coming year and I am looking forward to being a part of it,” he said.

Ranveer said he jumped with joy when he was told about Premier League’s interest in him.

“I have been watching it since the last 17 years. This is my first and only association with sports and I am thrilled to be the first ambassador of the Premier League in India.

“I am always trying in my own small way to encourage youngsters to get involved in sports. There is so much the youth of the country can benefit by participating in sports.

It is a very, very exciting time for football in India.”

Football has generated a lot of hype in recent times, with the country hosting the FIFA U17 World Cup.

“Cricket has always been big traditionally, but I think football is really coming to the forefront and the Premier League is very involved in the promotion of football in general as a sport in India.

“The Major clubs such as Manchester United, Arsenal and Chelsea have such a huge presence in India. It is great for the promotion for the sport in general and it is a very positive thing.”

“The EPL already has massive following, it is the most watched and most supported football league. I can tell you from my own experience it really binds people socially.”

Ranveer shared a story about his meeting with Arsenal and French legend Thierry Henry, saying the striker’s modesty touched him.

“I had a memorable experience meeting my childhood hero Thierry Henry, since I have been watching football I have really admired him. I remember the kindness and grace with which he greeted us.

“He is an Arsenal legend and a true hero for me. What a warm, down to earth and humble human being he is, what a champion of the sport he is.

“In spite of being such a legendary figure he is so polite. He kind of changed my perspective on a fan and celebrity interaction.

“Since that day I have never refused autographs, selfies.

The patience with which he made every single person in that room feel special there is really a lot to learn from a talismanic figure like him.”