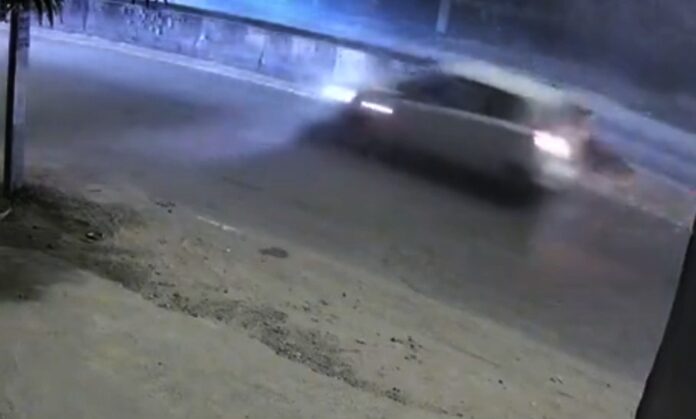 New Delhi (IANS): The family members of a 20-year-old woman, who died a painful death after being dragged by a car for about 12 km in the early hours of Sunday, questioned on Monday as to why not a single piece of cloth was found on the deceased person’s body.

“She was wearing so many clothes, but not a single piece of cloth was there on her dead body. What kind of accident was it? The police are not showing us her body properly. I want justice for my daughter,” said the mother of the victim, who was killed in the horrific incident on the outskirts of Delhi when she was dragged for about 12 km, from Sultanpuri to Kanjhawala, after her clothes got entangled in the wheel of the car which hit the Scooty she was driving.

“It was not an accident. They did something to her,” the mother said.

The police have arrested five persons, who were in the car when the incident took place. They have been identified as Deepak Khanna, Amit Khanna, Krishan, Mitthu and Manoj Mittal.

Amit (25) works with SBI Cards in Uttam Nagar, Krishan (27) works at the Spanish Culture Centre, Mithun (26) is a hairdresser at Naraina, while Manoj Mittal (27) is a ration dealer in Sultanpuri who is also a BJP worker.

On Monday, the family members and others staged a protest outside the Sultanpuri police station. They also pelted stones on a poster of Mittal, pasted on a pole next to the police station, which the protesters tore down.

The victim was the sole bread-earner for her family and supported her ailing mother, four sisters and two younger brothers.

After her father died last year, she supported her family and paid for her mother’s dialysis by working part-time at an event management company.

On Saturday too, she had left her home for work in the evening, telling her mother that she should be back by 2-3 a.m. But what happened at that fateful night scarred her family forever.

“I spoke to her at around 9 p.m., and she had told me that she would be late. Then her phone was switched off after 10 p.m.,” said the victim’s mother.

According to the FIR, the incident took place at around 2 a.m. on Sunday. Two of the five accused persons, Deepak Khanna and Amit Khanna, had taken the car from their friend Ashutosh at around 7 p.m. on Saturday (December 31).

At around 5 a.m. on Sunday (January 1, 2023), they left the vehicle at Ashutosh’s residence in a damaged state. Amit and Deepak told Ashutosh that they were drunk and had met with an accident with a Scooty in the Krishan Vihar area following which they fled towards Kanjhawala.

After fleeing from the accident spot, they stopped the car near Jaunti village on Kanjhawala road, where they found the victim woman’s body stuck under the car.

Deepak told the police that he was driving the vehicle while Manoj Mittal was sitting next to him. Mithun, Krishan and Amit were sitting on the rear seat.

After seeing the body, they got scared and left the victim there. Later, they went to Ashutosh’s home, parked the car and proceeded towards their respective residences, the FIR said.

The police found the Scooty in Krishan Vihar, around 12 km from the spot where the body was found.

As per the FIR, three PCR calls were received at the Kanjhawala police station informing about the naked body of a woman found near the Hanuman temple in Jaunti village.

The sub-inspector at Kanjhawala police station then contacted the caller and it was revealed that a silver Maruti Baleno car was involved in the incident. After the police traced the owner of the car, Lokesh, in Budh Vihar Phase-1, he told the police that his car was with his brother-in-law, Ashutosh, a resident of Rohini Sector-1.

Later, all the accused persons were nabbed by the police on Sunday.

On Monday, the police said that the woman was dragged for around 12 km following the accident and a medical team has conducted the post-mortem, the report of which is expected on Tuesday.

Massive protests had erupted in Sultanpuri on Monday with locals accusing the police of trying to cover up a ‘rape’ case by terming it as an ‘accident’.

Meanwhile, an eyewitness named Deepak claimed that when he spotted the car and the woman under it, he immediately called the police and chased it for several kilometres on his bike.

Another eyewitness, Vikas, who works as a delivery boy for Zomato, said that the people in the car took a U-turn after they saw police barricades on Kanjhawala road.

Blood samples of all the five accused persons have been sent to the forensic science laboratory (FSL) to determine if they had consumed alcohol.

Meanwhile, Union Home Minister Amit Shah has sought a report from Delhi Police in the matter.

Special Commissioner of Police (law and order), Sagar Preet Hooda, said on Monday that fresh charges could be added to the FIR depending on the findings of the autopsy report.

A video purportedly showing the woman’s body without clothes and broken legs has surfaced on social media. The footage also led to claims that the victim was ‘raped’ and killed, but the police are maintaining that it was a case of accident.

Delhi Commission for Women (DCW) chief Swati Maliwal has asked the police to clarify if the woman was sexually assaulted and if the accused have any criminal history. 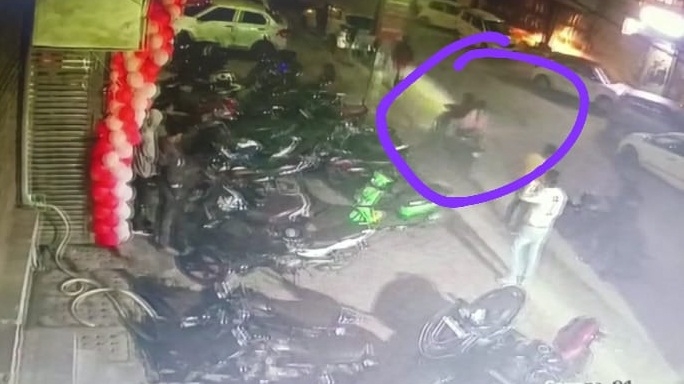 IN a latest development in the death of a 20-year-old woman, who died after being dragged by a car here, police sources have claimed that there was another woman with her that night.

Now the police team will record her statement to prepare a timeline of the entire incident to reach a conclusion. Her statement will be crucial for the prosecution.

Singh reached the crime scene at 12 a.m. She was accompanied by Deputy Commissioner of Police (DCP) EOW Jitender Kumar Meena and her staff. She made a round of the 12 km long way where the woman was allegedly dragged by the car’s occupants.

The Union Ministry of Home Affairs (MHA) has constituted an inquiry committee into the case. The MHA made Singh the head of the committee. She will furnish a report in this respect to the MHA by Tuesday evening.

A board of the doctors Monday conducted the post-mortem of the deceased. The board was of three doctors and will also furnish the autopsy report by Wednesday evening.

Two teams of FSL also visited the spot and collected exhibits from the crime scene. The FSL team also collected samples from the victim’s scooty and the accused’s Baleno car.

The victim was riding the scooty when she met with an accident. It is said that she got entangled in the Baleno car which dragged for 12 km leading to her death. Her naked body was found in Kanjhawala in the early hours of Sunday. The police have arrested all the five occupants of the car. They are currently on three-day police remand.