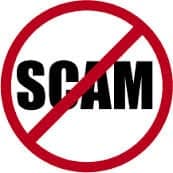 New York (IANS): An Indian national has been sentenced to eight years and eight months in prison for participating in an India-based call centre fraud in which operators impersonated US tax officials to extort money from Americans.

Federal Judge Virginia Hernandez Covington, who sentenced Nishitkumar Patel on Monday in Tampa, Florida, also fined him $200,000 and ordered the forfeiture of cash and his Land Rover.

He and four others – two of them Indians – had earlier admitted their guilt in court.

Patel and his accomplices used the India-based call centre to make calls to people in the US pretending to be tax officials from the Internal Revenue Service and claiming that they owed taxes, threatened the victims with arrest, according to court filings.

They ordered the victims to buy prepaid cash cards to pay what they claimed were back taxes and sent people to collect the cards, deposit the payments into bank accounts they opened and turn over the money after deducting a commission, court papers said.

One of the co-conspirators, Alejandro Juarez, was earlier sentenced to 15 months in prison, while Hemalkumar Shah, Sharvil Patel and Brenda Dozier are awaiting sentencing.

When they were charged in November, officials said that law enforcement officers executed a search warrant Nishitkumar Patel’s home and seized $50,000 in cash, hundreds of bank and wire transfer receipts, and 20 electronic devices.

The charges filed in court described Nishitkumar Patel, 31, Sharvil Patel, 22, and Hemalkumar Shah, 27, as “domestic managers” for the fraud who hired people to collect the payment cards.

India-linked fraudulent tax extortion through threatening phone calls are rampant. In October 2016, five Indian companies and 56 people, most of them of Indian descent, were charged in a Texas federal court with involvement in a similar racket.

Last October, 21 people – at least 20 of them of Indian origin – received sentences ranging between four years and 13 years, with orders of deportation for most of them and revocation of US citizenship of one.

Three others of Indian descent were also convicted earlier in the same fraud.

Jeff Sessions, who was the attorney general at that time, had said: “The stiff sentences imposed this week represent the culmination of the first-ever large scale, multi-jurisdiction prosecution targeting the India call centre scam industry.”