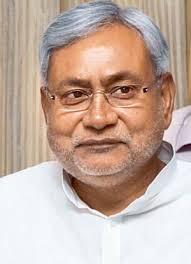 Patna (PTI): Bihar Chief Minister Nitish Kumar on Monday said a large section of the society felt that Rajput queen Padmini was “denigrated” in the yet-to-be-released film “Padmavati” and that those associated with the Bollywood flick should come up with “an explanation that lends clarity”.

Kumar, who had last week said he was not in favour of the film being released until the controversy surrounding it was resolved, was responding to queries on whether his government was in favour of banning the film.

“A large section of the society feels that a respected historical figure has been denigrated in the movie, though nobody has watched it. The onus is on the makers of the film — its producer, director and others — to come out with a public statement on the issue. They must come up with an explanation that lends clarity to the issue,” Kumar told reporters on the sidelines of his weekly “Lok Samvad” programme.

“As of now, the film has not even been cleared by the censor board. So, the question of imposing a ban is premature.

But I still feel that the makers of the film must come up with a convincing explanation if they want the film, which is a fruit of their efforts, to reach the people,” Kumar said.

Directed by Sanjay Leela Bhansali and featuring Deepika Padukone, Shahid Kapoor and Ranveer Singh in the lead roles, “Padmavati” is said to be based on medieval-era poet Malik Muhammad Jayasi’s epic of the same name.

The film has left the political establishment in the country sharply divided.

While the BJP has favoured an outright ban on the film, pointing towards the vociferous demands for it from the Rajput community, the Congress and the Trinamool Congress (TMC) have opposed any such move.