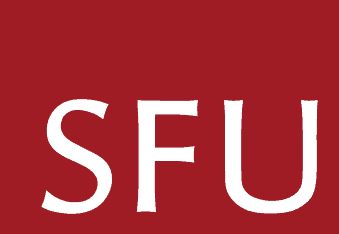 NEARLY 60 per cent of people experiencing both homelessness and serious mental illness in Metro Vancouver have had a criminal conviction, according to a new study from Simon Fraser University.

The study, published in the journal Scientific Reports, found that some of the factors for criminal convictions were: receiving an irregular frequency of income assistance payments, drug addiction, and psychiatric hospitalization. While there has been debate for decades about whether mental illness itself plays a key role in criminal justice involvement, the study found none of the mental disorders themselves (for example, schizophrenia) were related to convictions.

The findings highlight the need for recovery-oriented services – like housing and social services – to support people long-term and prevent people from having to commit a crime, according to SFU health sciences researcher Milad Parpouchi.

“The finding that 60 per cent of people who experience homelessness and serious mental illness have had a criminal conviction is quite high but, unfortunately, not surprising given previously published rates,” says Parpouchi, lead author of the study. “This study looked at the potential risk factors. Based on our results, I think publicly-funded, recovery-oriented services would really help to bring down criminal convictions, but they would need to be available long-term.”

The team of researchers from Simon Fraser University and the University of British Columbia interviewed and examined the provincial administrative records of 425 adults experiencing homelessness and serious mental illness as part of the study. Among the cohort, the study found that about 60 per cent of participants had received a criminal conviction over a 10-year period.

Property offences made up the largest proportion of criminal convictions.

Receiving an irregular frequency of income assistance payments was associated with a 74 per cent higher rate of criminal convictions compared to receiving payments regularly. And researchers found that the likelihood of conviction increased as time passed, likely in the context of accumulating homelessness and as a means of survival.

Those who received no income assistance payments because they were likely employed had much lower rates of criminal convictions compared to those receiving them regularly.

Previous studies have established that people experiencing homelessness, including those with mental illness, are more likely to commit or be arrested for crimes of a more minor or non-violent nature, which may be related to visibility as well as survival and subsistence. This latest research adds to the growing body of evidence, which Parpouchi hopes will help inform solutions.

Parpouchi says the good news is that specific evidence-based solutions, like the Housing First program (created to provide people with immediate access to private-market housing combined with community-based health and social services) exist, but whether they get implemented is largely a matter of political will.