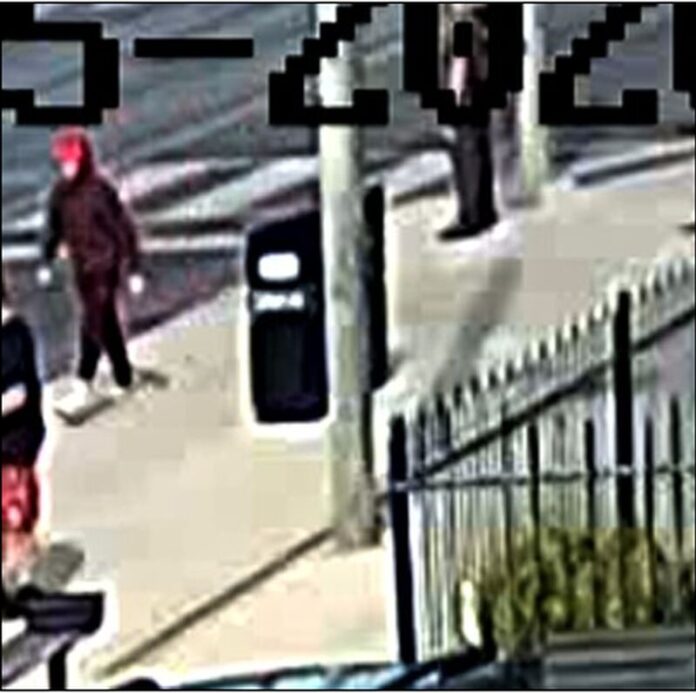 THE Toronto Police Service on Wednesday announced that it would like to make the public aware of four incidents in the Lake Shore Boulevard West and Dwight Avenue area in its ongoing hate-motivated assault investigation.

On Monday, August 31, in the Dwight Avenue and Birmingham Street area, an unknown man approached a 23-year-old man and began striking him on his head. He then began running northbound on Dwight Avenue.

An image of the suspect was released in a bid to identify him.

On Thursday, September 3, a man approached a 27-year-old man who was walking with a 26-year-old woman in the Lake Shore Boulevard West and Twenty Ninth Street area. The suspect, without warning, began to strike the 27-year-old man several times. The victim yelled for help and 911 was called. The suspect then began running southbound on Twenty Eighth Street.

The suspect was described as white, 26-32, 5’8″ to 5’10″, with a medium build. He was wearing a white or light grey hooded sweater, light pink shorts, running shoes and a dark pink or purple hat.

On Friday, September 4, a man approached a 32-year-old man in the Lakeshore Boulevard West and Legion Road area. The suspect shouted racially charged comments towards the victim while holding an object in his hand. The victim attempted to call police and the suspect then took his phone and threw it to the ground. The victim tried to get his phone, at which point the suspect assaulted the victim in an attempt to prevent him from doing so. The victim got his phone back and fled the area, while contacting the police.

The suspect was described as white, 5’9″, 35-45, with a thin build, and blond beard. He was wearing a black baseball hat, white t-shirt, black jacket, black pants and black running shoes.

Police say the same man is believed to be responsible for all four attacks. All four victims are of South Asian descent.

Police are actively investigating these incidents as hate-motivated assaults. Officers from the hate crime unit will continue to work with divisional officers to establish the full circumstances.

The investigation is ongoing and anyone who may have witnessed the incident or incidents, and has information, is urged to contact police.