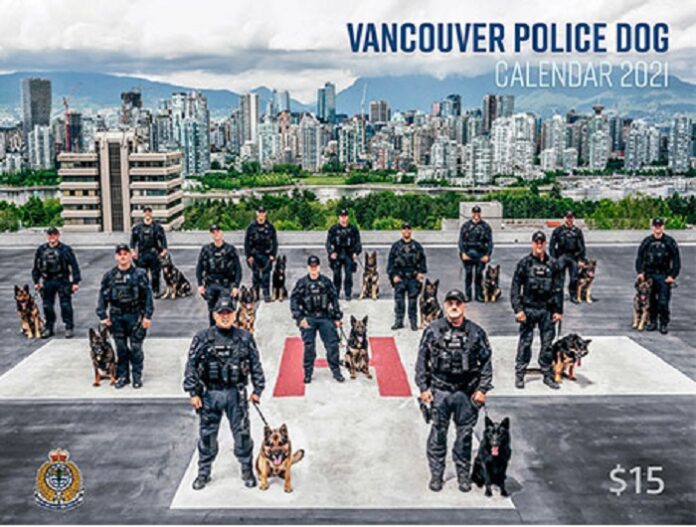 THE 2020 Vancouver Police dog calendar is now on sale. It features members of the VPD Canine Unit and their four-legged partners in their best poses as they work to keep the city safe.

The cost of each calendar is $15. Money raised will go to the BC Cancer Foundation and the BC Children’s Hospital Foundation. Since 2010, the sale of calendars has raised over $400,000 for charity.

The Vancouver Police Canine Unit has 16 handler / dog teams, comprised of 14 constables and two sergeants, working 24 hours a day, seven days a week. The teams are trained in criminal apprehension, as well as narcotics, firearms and explosives detection.

The calendars are available for purchase at the following locations:

The calendar was originally created by retired VPD Sgt. Mike Anfield in honour of his wife Candy, a VPD officer who lost her valiant battle with breast cancer in 2004.

Man exposes himself to female student at downtown elementary school