Home World News Others 5th Annual ‘March for Freedom’ draws thousands of Sikhs from all over...
Facebook
Twitter
WhatsApp
Email 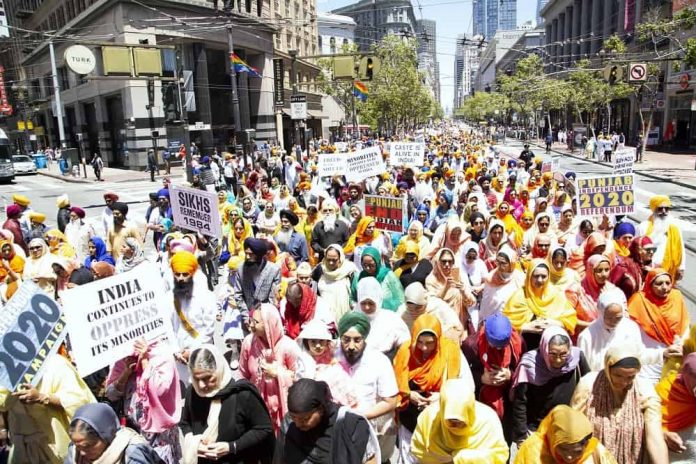 MEMBERS of the Sikh community of California marched on June 10 to commemorate the 34th anniversary of attack on the Golden Temple – the most sacred Sikh shrine in Amritsar – by the Indian government in 1984. The march started from 2nd Street and ended at Civic Centre Plaza of San Francisco downtown. About 9,000 Sikhs walked on Market Street in a mile-long procession.

The ‘March for Freedom’ is organized to urge the international community to accept that the Sikh nation has an impeccable case for self-determination in the form of a sovereign state and that such a state would bring regional peace and stability, according to the organizers.