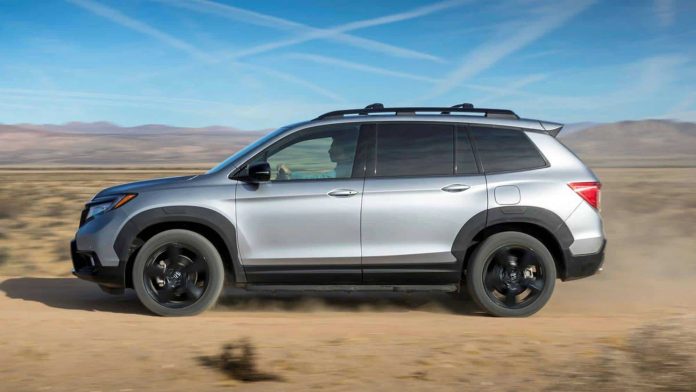 MARKHAM, ON: The all-new 2019 Honda Passport begins arriving at Honda dealerships across Canada on March 15, filling out Honda’s award-winning SUV lineup and delivering a unique combination of on-road driving refinement and off-road capability along with best-in-class interior space. The entry-level yet well-equipped Passport Sport carries a starting Manufacturer’s Suggested Retail Price (MSRP) of $41,990. The Honda Passport was originally, a badge engineered version of the Isuzu Rodeo, a mid-size SUV sold between 1993 and 2002.  Now Honda has reissued its former badge with the debut of the 2019 Honda Passport as an all-new five-passenger SUV. The reissued Passport will slot between the smaller CR-V and the big sized Pilot in Honda’s latest lineup.

Like the Pilot and Ridgeline pickup, the new two-row crossover rides on Honda’s Global Light Truck platform. The unibody SUV has a four-wheel independent suspension with MacPherson struts up front and a multilink independent rear.

The 2019 Passport is also available with a wide array of Genuine Honda accessories including the Adventure Package and Urban Package that provide cost-efficient ways to enhance the character and functionality of the new SUV. Other accessories allow Passport to accommodate a broad variety of outdoor gear, from bikes and kayaks to skis and snowboards.

The all-new Passport was designed and developed by Honda R&D Americas in Los Angeles, California and Raymond, Ohio.