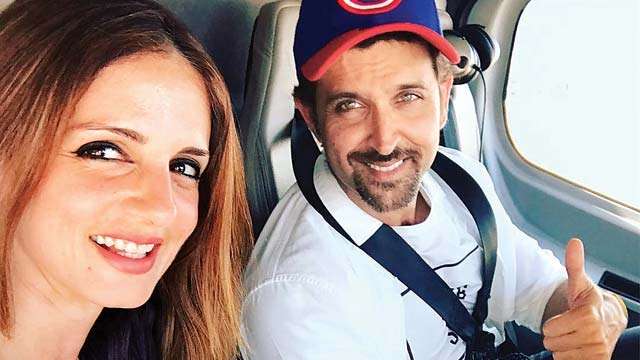 Mumbai (PTI): Interior designer Sussanne Khan has come out in support of her former husband actor Hrithik Roshan, saying no allegation or conspiracy can overshadow the truth.

The 38-year-old entrepreneur took to Instagram where she shared a selfie with the “Kaabil” actor.

“There is no allegation or a sad evil plot that can have the weight to triumph over a good soul. #mafamilia #powerofthetruth #pureheart,” she wrote, alongside the picture.

Sussanne’s post comes after actor Kangana Ranaut recent appearance on TV talk show “Aap Ki Adalat”, where she said that Hrithik should apologise to her publicly for causing her trauma after their alleged relationship ended.

The “Queen” actor also said her recent comment on her “Krrish 3” co-star was not a “promotional” gimmick, and she would continue to talk about him and their public feud whenever she is asked about it.

Kangana recently brought to the fore the controversy with Hrithik, which hit headlines last year, after she called him her “silly ex” in an interview, followed by the two actors slapping legal notices on each other.