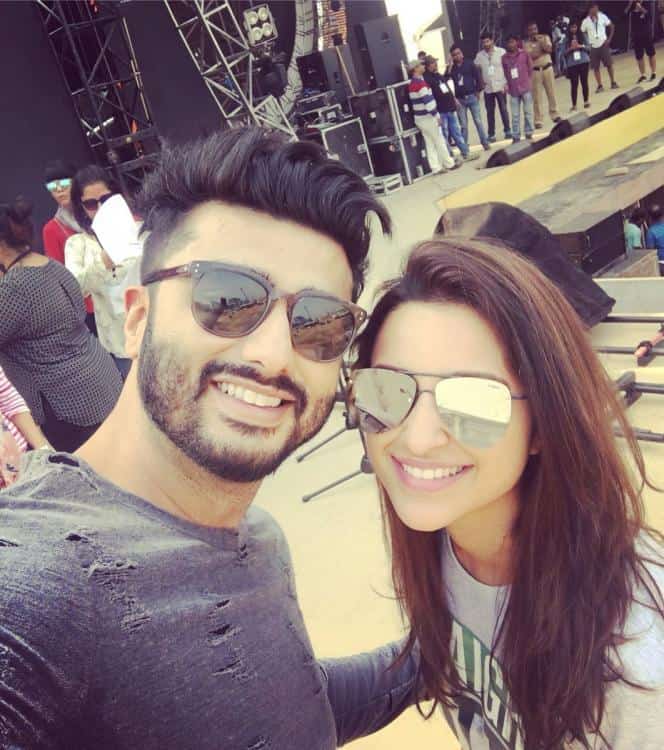 Directed by Dibakar Banerjee, the movie will see Parineeti reuniting with her “Ishaqzaade” co-star Arjun Kapoor.

“We are in prep work and Arjun has started his part with Dibakar. I will work on it after I am done with the promotions of ‘Golmaal 4’. I am very excited about it. It is an intense film. It is a physically and mentally challenging film,” Parineeti said in a media interaction here.

Produced by Yash Raj Films, the movie revolves around a man and woman from different cultural backgrounds and their love-hate relationship.

Arjun and Parineeti will also work together in “Namastey Canada” and the 28-year-old actor is excited about the movie.

“We are doing ‘Namastey Canada’ together. It’s a light film. We will be spending the one year together…Working on both the films.

“I am really excited and looking forward to both the films as he is one of my closest friends in the film industry.

Meanwhile, there have been reports of Parineeti dating cricketer Hardik Pandya.

On this, she says, “Whether I am single or not that is not the discussion, but I am not dating Hardik Pandya. Even I heard about it.”

She was talking on the sidelines of Tourism Australia event here. The “Meri Pyaari Bindu” actor has been appointed as the first Indian woman ambassador to be part of the ‘Friend of Australia’ advocacy panel.

“I have travelled all across the world and Australia has been a great tourist destination and it was on my wish list.

Last year I got associated with it. I was hoping I get this honour of Friend of Australia.

“It is so similar to India, the people are so loving and caring, the food and all is so good. It is like home coming for me when I go there,” she says.