THE Miss India America and The Elite Awards 2017 winners were announced during a star-studded red carpet gala in Los Angeles on August 5.
Show creator and producer was Jinnder Chohaan said: “I’ve been dedicated for decades promoting South Asians internationally and enhancing the South Asian community image.

Jinnder also created ‘The Elite Awards’ to honor those in the entertainment industry that have gone on to inspire others. Past recipients have included Garry Marshall, Randall Emmett, and Steven Seagal. 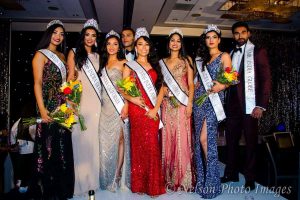 The event was presented by South Asia Magazine, Wells Fargo, and JINmodels.com. The show will air later on B4U TV, for more details email info@SouthAsiaInc.com.