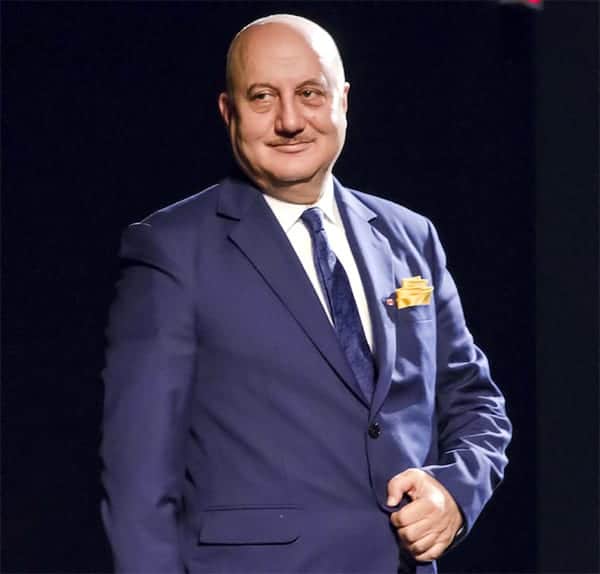 New Delhi (PTI): Veteran actor Anupam Kher was today appointed chairman of the Film and Television Institute of India, succeeding Gajendra Chauhan who had a controversial tenure as head of the Pune-based institute, officials in the Ministry of Information and Broadcasting said.

Kher, 62, said he was “deeply humbled and honoured” to be appointed chairman of the “iconic FTII”.

“I will perform my duties to the best of my abilities,” he said in a tweet.

The actor said he will join his new post with a clear state of mind as he never faced a controversial situation.

Kher, a graduate from Delhi’s National School of Drama (NSD), is considered to be close to BJP.

The actor, who has appeared in over 500 films and many plays, was conferred the Padma Shri in 2004 and the Padma Bhushan in 2016 for his contribution in the field of cinema and arts.

His predecessor, best known for playing Yudhisthir in the TV show Mahabharata, helmed the institute for about two years.

Chauhan’s tenure, which ended in March this year, was marked by a 139-day strike by students protesting what they perceived was a politically-motivated appointment.

Chauhan congratulated Kher but wished he had more time to finish the work he started at the FTII.

“I have conveyed my best wishes to Anupam ji. I just wish the government had given me more time to finish the work that I started. I just had one year and two months to do that,” he told PTI.

“The FTII is facing basic problems and needs a good administrator. I am sure Anupam ji will work towards resolving these problems,” Chauhan added.

Kher’s wife Kirron Kher, the BJP MP from Chandigarh, was amongst the first to congratulate him.

“Congratulations my dear @AnupamPkher for becoming FTII Chairman! Know you will do a great job!,” she said on Twitter.

Born on March 7, 1955, in Shimla, Kher completed his education from the D A V School in the city.

He has previously held the post of chairman of the Central Board of Film Certification and director of NSD.

Considered one of the Hindi film industry’s most prolific and versatile actors, Kher made his acting debut in 1982 with “Aagman”, but the 1984 Mahesh Bhatt film “Saaransh” was his breakout role.

Then just 28, Kher played the role of a retired middle class man grappling with his son’s death.

After “Saaransh”, he went on to star opposite many big Bollywood celebrities, including Anil Kapoor, Shah Rukh Khan, Salman Khan and Akshay Kumar, sometimes as the villain, the comic relief or the friendly father.

In 2002, he attempted to become director with “Om Jai Jagadish” but the film was not a success.

Kher is one of the few Indian actors to have crossed over to international cinema with films such as the 2002 Golden Globe nominated “Bend It Like Beckham”, Ang Lee’s 2007 Golden Lion-winning “Lust, Caution,” and “David O Russell’s” 2013 Oscar-winning “Silver Linings Playbook”.

Kher has also written and starred in a play about his own life called “Kucch Bhi Ho Sakta Hai”, which was directed by Feroz Abbas Khan.

Kher’s colleagues and contemporaries congratulated the actor on his new appointment.

“Excellent change. @AnupamPkher finally replaces Gajendra Chauhan or whatever his name is as FTII Chairman.

Finally, the government is listening to us!,” said journalist-adman-filmmaker Pritish Nandy.

Director Prakash Jha also praised the decision of the government.

“Welcome step! After @prasoonjoshi_ @AnupamPkher!! Moving in the right direction… Thank you for this @smritiirani,” he said.

Director Madhur Bhandarkar tweeted, “Heartiest congratulations to @Anupamkher sir for being appointed as the Chairman of FTII.”