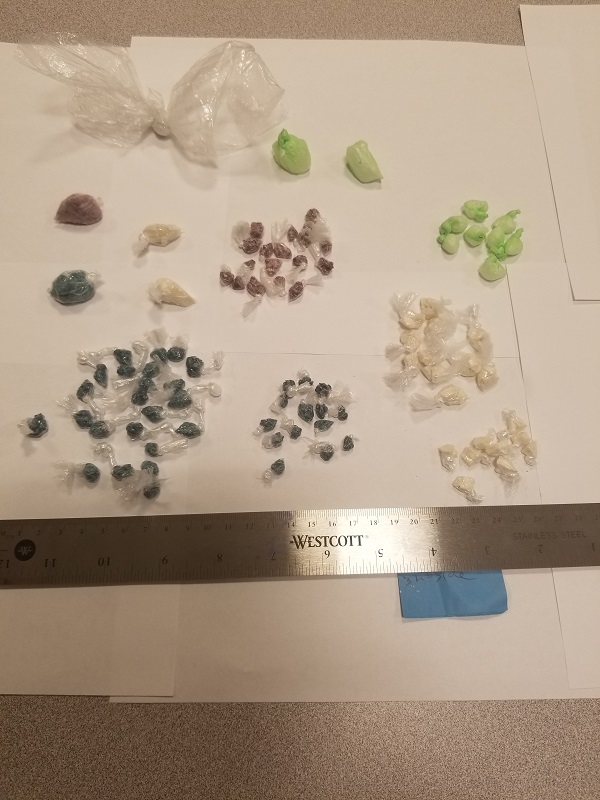 THE Surrey RCMP Drug Unit has arrested a man and seized multiple doses of illicit drugs believed to be linked to recent overdoses in the city.

On Thursday afternoon at approximately 2 p.m., police intercepted and arrested a 19-year-old man for possession for the purpose of trafficking, in the area of 200th Street and 72nd Avenue in Langley. During the arrest, police located and seized multiple doses of suspected blue and purple fentanyl, crystal meth, and crack cocaine. Officers also seized other items consistent with drug trafficking.

Investigators believe that the drugs seized today are associated to the recent overdoses in the city.

It is believed the blue and purple fentanyl is potentially lethal and they are warning drug users against consumption of this drug.

“The methods used to make these substances are unsophisticated,” said Staff-Sgt. Ryan Element, Acting Proactive Enforcement Officer. “The amateur ways in which these drugs are being manufactured makes these already dangerous drugs even more deadly.”

If you do use drugs don’t use alone, keep Narcan nearby, call for help at the first sign of distress, police advise.