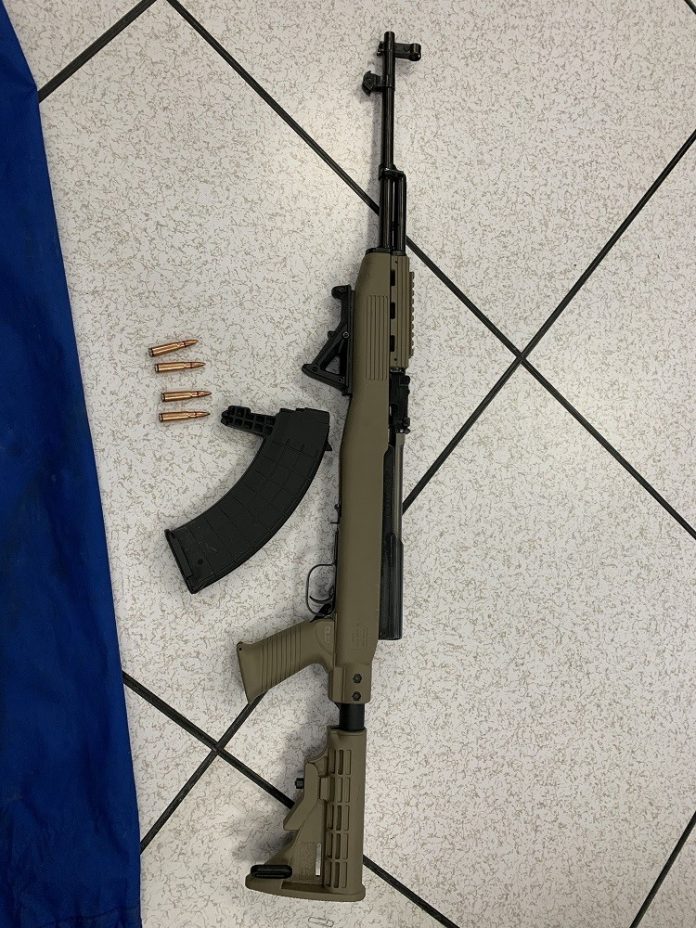 ONE person was arrested and an assault-style rifle and an allegedly stolen vehicle were seized by the RCMP during a police investigation.

Evidence gathered during an investigation initiated by the Chilliwack RCMP Crime Reduction Unit Drug Section (CRU) led officers to a residence in the 39000-block of Campbell Road in Abbotsford.  On the morning of May 1, as CRU officers pursued their investigation a vehicle reported stolen to police in Abbotsford was noted parked at the address.

Shortly after noon, CRU supported by the Lower Mainland District Integrated Police Dog Section, and RCMP Air Services tracked the vehicle to the 9200-block of Armitage Street in Chilliwack, where following a brief foot chase, the alleged driver was arrested by police.  An assault-style rifle and ammunition were seized by police during the arrest of the suspect.

Kyle Leonard Tournier, 27, of Mission is charged with possession of a firearm while prohibited and fail to comply with a condition of a release order.  Tournier remains in custody pending a court date in May.

Following a thorough review of evidence, all circumstances of the investigation will be forwarded in a report from the RCMP to the BC Prosecutors Service for their assessment of further criminal charges.

RCMP remind everyone who witnesses anything they believe to be suspicious in nature to contact their local police agency or, should they wish to remain anonymous, call Crime Stoppers at 1-800-222-8477 (TIPS).