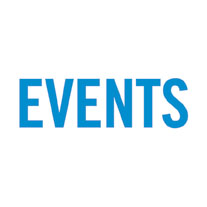 (These are FREE listings. Submit your event / announcement at EditorVoice@gmail.com in typed format as early in the week as possible. No posters please.)

Saturday, November 2 at 6 p.m. at The Robert H. Lee Alumni Centre, University of British Columbia. Join in celebrating excellence in Punjabi literature. Ceremony begins at 7 p.m. followed by a catered reception. Tickets can be purchased at:

Lohana Cultural Association of BC

Patterns of Political Violence: 35 Years Since 1984

Event with visiting filmmakers Nakul Sawhney and Teenaa Kaur, and journalist Neha Dixit on November 2: Patterns of Political Violence: 35 Years Since 1984. Films, lectures, discussion. 1-6 p.m. Room 120, C.K. Choi Building, 1855 West Mall, UBC-V. This event addresses the violence against Sikhs in India in 1984, its impact, and the ways in which it connects with political violence that has been enacted before and since in the context of the post-colonial state of India, for a day-long event. It features two filmmakers to screen and discuss their films, as well as one scholar and two journalists whose work intersects with these patterns of political violence. Teenaa Kaur’s film, “1984 – When the Sun Didn’t Rise,” provides a comprehensive account of the Sikh women in Delhi who survived the 1984 massacre and their continuing fight for justice. Nakul Sawhney’s “Muzaffarnagar Baaqi Hai” or “Muzaffarnagar Remains,” documents the orchestrated “riots” against Muslims in a small city in Uttar Pradesh. They will be joined by local scholar Kamal Arora (UBC), whose dissertation addresses the experience of women in the “women’s colony” that Kaur’s film addresses, and Gurpreet Singh, local journalist. Register for this event at: https://histories-cluster.ubc.ca/2019_11_02_PoliticsViolence

Vedic Seniors Parivar Center of Vedic Hindu Cultural Society Surrey invites South Asian seniors of Indian origin who have retired and are getting pension from the Indian Government or other organizations in India to come and collect their live certificates as required by Indian authorities. The staff from Consulate General of India Vancouver will be on hand to check required forms filled properly and issue live certificates on Sunday, November 3, from 9:30 a.m. to 3 p.m., at Lakshmi Narayan Hindu Temple, 8321 140th Street, Surrey. A team of senior volunteers will be there to help you fill out your forms. The applicants must bring their passport and the details of the bank account where their pension is being deposited. Priti Bhojan (Community Lunch) (vegetarian) will be served in the dining hall during lunch hours. Contact Surendra Handa, coordinator , at 604-507-9945 for further details.

Izzatnagri Ki Asabhya Betiyaan (The Immoral Daughters in the Land of Honour): Film’s director Nakul Sawhney will be present at the screening and post-screening discussion on Sunday, November 3, 1:15-4:30 p.m., at City Centre Library, 10350 University Drive, Room # 120, Surrey. The film traces the resistance of young women against honour killings and diktats of clan councils called Khap Panchayats in North India. The film explores caste, class and gender intersectionality in contemporary India. In addition to the film, Nakul Sawhney will also talk about ChalChitra Abhiyaan, a film and media collective based out of Western Uttar Pradesh. It aims to offer an alternative narrative to the most vulnerable sections of society. For more information, contact Sukhwant Hundal at 604-644-2470 or Hardev Singh at 778- 688-3545. With thanks to the Centre for India and South Asia Research, Dept of Asian Studies, Faculty of Arts, UBC, Dr. Hari Sharma Foundation and South Asian Network for Secularism and Democracy who made Nakul Sawhney’s Canada visit possible.

DBLSPK: Himmat by Gavan Cheema on Tuesday, November 5 at 7:30 p.m. at The Fishbowl 100, 1398 Cartwright Street (Granville Island, Vancouver). Tickets: $10. DBLSPK is a quarterly reading series where we present and discuss works that traverse linguistic boundaries. The November edition features Gavan Cheema’s Himmat, translated by Paneet Singh. This play in progress utilizes both Punjabi and English to tell a father-daughter story about redemption and love. It’s a story that humanizes a working class immigrant father in an attempt to shed light on many of the topics Punjabi families keep in the dark. Read by Gavan Cheema and Munish Sharma, directed and translated by Paneet Singh, and discussion moderated by Pedro Chamale of rice & beans theatre. For more information and to purchase tickets, visit: http://bocadellupo.com/dblspk-himmat-by-gavan-cheema/

Repair Cafes are community gatherings where fixer volunteers help visitors repair their broken household items – electronics, small appliances, textile, jewelry, woodwork, bikes, anything that is broken. Open to the public free of charge, the program aims to reduce waste, reverse the throw-away culture, share repair knowledge and bring the community closer. The Vancouver chapter was launched this past summer and have seen large demand at each of its monthly event. Saturday, November 9, 10 a.m.-1 p.m., at Killarney Community Centre. www.metrovanrepaircafes.ca

Speaker Harry Bains, MLA for Surrey-Newton, on “Safe communities and government accomplishments,” at Newton Cultural Centre, 13530 72nd Avenue, Surrey, on Thursday, November 14, 6-7 p.m. Free, but registration required. Presented by Newton BIA & Surrey Board of Trade. Newton Talks is a monthly networking forum for the business community to establish a voice for Newton that improves business opportunities, revitalize the area, and creates a sustainable future for the community. Each month the discussion will focus on a different area of concern.

Famous Bollywood actress Zeenat Aman has agreed to be a part of PICS Society’s first Beauty Pageant for Grandmothers: “Golden Glam-ma Pageant 2019” as a judge. The Golden Glam-Ma Pageant is a platform to empower seniors by showcasing their talent and giving them an opportunity to have their voices heard in the community. This fundraiser is on November 16 at 5 p.m. at Taj Park Convention Center in Surrey. The fundraiser will consist of a fashion show, prizes, silent auction, face painters, photo booth, henna artists, dinner, dancing and the inaugural Golden Glam-ma Pageant. Buy your tickets today by calling 604-596-7722. Learn more: https://pics.bc.ca/events/golden-glam-ma-pageant-2019/

West Coast Tagore Festival, now in its 9th year, is the flagship multicultural performing arts event by Vancouver Tagore Society. The event will take place at the Gateway Theatre in Richmond on November 16, 6-8:15p.m. Admission is free. This year’s lineup includes a large group of dancers from the Richmond Academy of Dance showcasing various Western Classical dances, including Ballet, Tap, and Lyrical Jazz; Genesis Trio, a Vancouver based chamber ensemble, playing Western Classical melodies in viola, clarinet, and piano; a dance duo from the Mandala Arts and Culture performing Bharatanatyam, a major form of Indian classical dance; performances by the Vancouver Tagore Society Workshop Series participants; and Taan, the in-house specialty band of Vancouver Tagore Society, presenting a musical theatre based on some timeless Tagore songs that reflect different colours of life. For info, contact VancouverTagoreSociety@gmail.com. For more information, visit http://vancouvertagoresociety.org/upevents/

Has the library played a meaningful role in your life? Surrey Libraries has launched Share Your Story, an invitation to our patrons to share their personal stories of how libraries have played a meaningful role in their lives, their connection to the library, and their experience with the library over the years. Go to https://www.surreylibraries.ca/support-your-library/shared-stories to see what people have shared. And if you want to share your own story, we’d love to hear from you.

The City of Surrey will host the ninth annual Surrey Tree Lighting Festival and Holiday Market at Surrey Civic Plaza on Saturday, November 23 from 12 to 8 p.m. Residents and visitors are invited to watch the 60-foot tall Christmas Tree decorated with giant holiday ornaments, lights and a star tree-topper light up at 6:30 p.m. to mark the start of the holiday season. This year’s free event will feature new lights and interactive displays on the festival grounds including an illuminated Light Tunnel, Enchanted Forest, North Pole Stage and Candy Cane Dance Tent. Other highlights include the popular Holiday Market and Village, featuring local vendors, crafters, free photos with Santa, and many more festive activities. The Holiday Fun Zone on University Drive will feature a variety of food trucks and sports activities, including road hockey, inflatables and amusement rides. Over 30 local performers, choirs and children’s acts will offer free live performances across seven stages throughout the day. Award-winning Canadian pop singer Begonia will headline the Main Stage after the inaugural tree lighting at 6:30 p.m. Additional performers include Fleetwood Mac tribute band Dreams, local alternative rock band, Hotel Mira and indie pop group Leisure Club. Holiday choirs will perform on the Tree Riser Stage, Snowflake Stage and in the City Centre Library. The Surrey Food Bank, Surrey Christmas Bureau, Sophie’s Place and the Surrey Fire Fighters’ Charitable Society will be on site collecting donations. For more information visit www.surrey.ca/treelighting

(For more events, visit the “Events” section of our website at voiceonline.com

B.C. EVENTS: For the week of Saturday, January 25

B.C. EVENTS: For the week of Saturday, December 28

B.C. EVENTS: For the week of Saturday, December 7