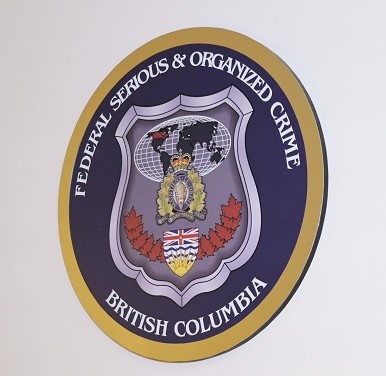 In early 2019, the BC RCMP FSOC FI launched an investigation into an online cannabis business that was allegedly distributing drugs through mail. During the investigation, approximately $14 million in alleged proceeds of crime was also found laundered through various companies and their bank accounts.

Through a major case investigation, the FSOC FI was able to follow the money through bank accounts to the acquisition of real estate, high end vehicles and luxury goods.

On November 30, with the assistance of the BC RCMP Clandestine Laboratory Enforcement and Response (CLEAR) team, Forensic Identification Services (FIS), Digital Forensics Services (DFS), Emergency Response Team (ERT), and members of the Surrey RCMP detachment, FSOC FI executed two search warrants on associated locations in the cities of Surrey and White Rock. The main commercial drug site was concealed in a rental home hidden in a residential community several blocks from an elementary school.

The searches uncovered a large, commercial-scale illegal cannabis operation, including a large amount of drugs and several firearms. Federal investigators seized suspected proceeds of crime, including over $200,000 cash, gold bars, cryptocurrency, luxury vehicles such as a McLaren supercar and custom hot rod, motorcycles, and other goods.

“The successful suppression of this criminal organization’s activities demonstrates the BC RCMP Financial Integrity program’s effectiveness in combatting money laundering offences, that can be extremely challenging to investigate due to their high degree of complexity,” said Inspector David Gray, acting Officer in Charge of the BC RCMP FSOC FI.

The BC RCMP Federal Policing Financial Integrity program’s mandate in relation to money laundering is to detect, deter and investigate serious Criminal Code money laundering and proceeds of crime offences, and combat the highest threats affecting the Canadian economy and its citizens through prevention, detection and deterrence.

The RCMP notes that money laundering is a serious crime that affects the safety and security of Canadians, as well as the international community. It is a process used to disguise the source of money, or assets that come from illegal means, and it is often linked to organized crime, and in certain cases also finance terrorism. You can do your part in protecting Canadians, and the integrity of our financial sector by reporting such crimes to your local police agency, or anonymously through the BC Crime Stoppers hotline at 1-800-222-8477.

BC dark web fentanyl linked to deaths of US Navy servicemen