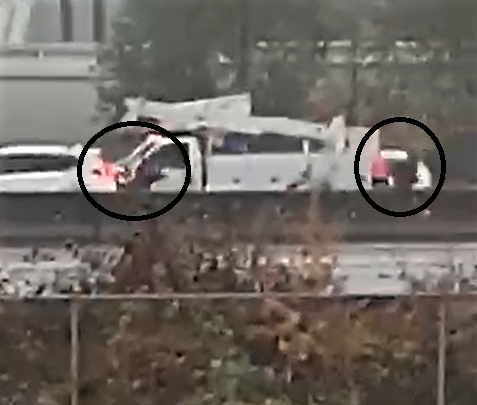 “We are asking the individuals involved in this incident to turn themselves in immediately, as our officers continue to follow up on all investigational avenues”

CHARGES have been laid against two 22-year-old men in connection to the armed robbery that occurred at the Journey Chrysler car dealership located at 1881 Lougheed Highway in Port Coquitlam on November 22.

Police responded to the area shortly after 3:40 p.m. on November 22 for a report of a robbery involving firearms and four suspects. The suspects were observed stealing a vehicle from the dealership.

The stolen vehicle crashed on Highway 1 near the King Edward overpass where the suspects fled on foot. One suspect was located on scene where he was arrested by responding officers.

Another suspect carjacked a nearby vehicle before fleeing to Surrey. Police responded to a location in Surrey where the suspect was arrested.

Kwabena Bosiako of Port Coquitlam and Omar Demetris of New Westminster have both charged with one count of robbery. Both men remain in custody.

Coquitlam RCMP are still actively working on gathering evidence against all suspects involved in the armed robbery and shots fired at Coquitlam RCMP members.

“Our Coquitlam Major Crime Unit continues to search for additional evidence to determine the complete circumstances of the robbery and shots fired on November 22, 2022,” said Cpl. Alexa Hodgins. “We are asking the individuals involved in this incident to turn themselves in immediately, as our officers continue to follow up on all investigational avenues.”

Anyone with information regarding this incident or the outstanding suspect are asked to contact the Coquitlam RCMP at 604-945-1550, and quote file number 2022-30931.