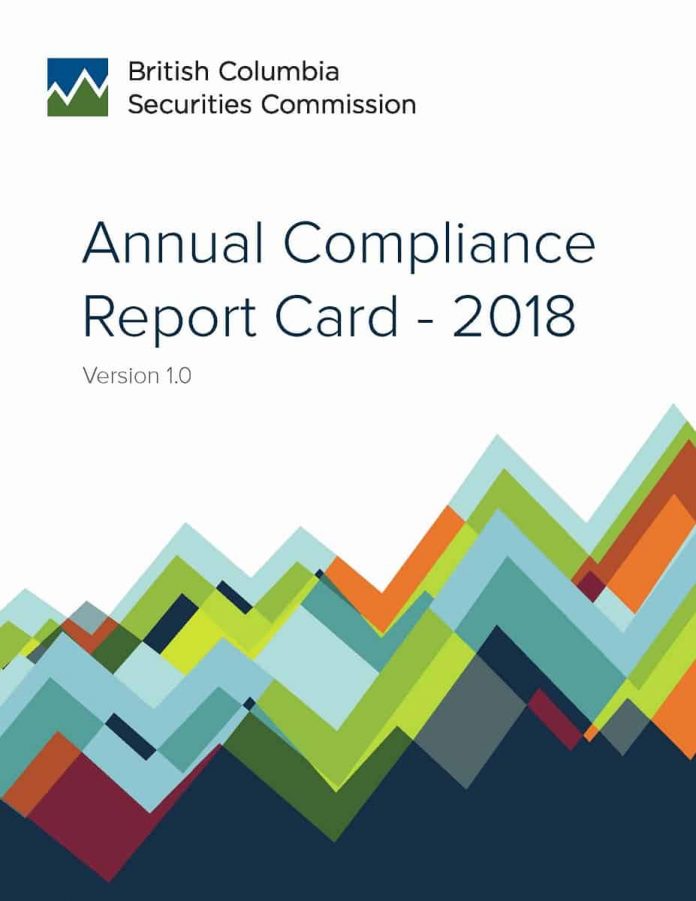 The BCSC uses a predictive risk model in deciding which firms to review. The formula, adopted in 2013, identifies firms that would be most likely to have compliance problems, using data collected through previous compliance reviews as well as a risk questionnaire distributed every two years. The likelihood of compliance problems is one of several criteria used by the BCSC in deciding where to focus its energies.

“We are getting better each year in picking our spots,” said Mark Wang, the BCSC’s Director of Capital Markets Regulation. “Our predictive risk model gives us a good starting point. Then we use real-time knowledge of firms to fine-tune our examination decisions.”

Inadequate policies and procedures – including questionable risk management, outdated manuals, and weak cybersecurity policies and procedures – were the single most common category of deficiencies. Other common problems included inadequate disclosure, especially about the registrant-client relationship, and patchy efforts to ensure the suitability of investments for each client.

As a result of the compliance exams, the BCSC imposed extra restrictions on two firms, one of which decided to surrender its registration as a result. Two other firms chose to give up their registrations while still being examined.

The BCSC is increasingly referring the most egregious cases of non-compliance to its enforcement team for further investigation and possible penalties, including suspension or bans from the capital markets, as well as fines. In 2018, the BCSC opened investigations into four cases that began as compliance reviews.

“When we find lapses that are systemic or particularly harmful to investors, we won’t hesitate to use our powers of enforcement,” said Peter Brady, the BCSC’s Executive Director. “When warranted, we want to make such lapses a matter of public record, to deter such behaviour by other firms. Ultimately, we think that our compliance reviews and enforcement actions will drive the small portion of registrants that have not focused on compliance to bring their efforts in line with the vast majority of registrants that work hard to comply with all their obligations.”

BCSC panel orders more than $6 million in sanctions for Ponzi fraud, other wrongdoing