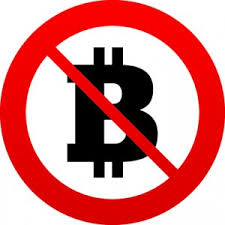 DO not attempt to pay any tax bill with Bitcoin, cautioned police on Wednesday, after another North Vancouver resident learned the hard way after losing $6,000 to a tax scam. The incident played out on March 19, when the victim received a phone call from an alleged employee of Canada Revenue Agency (CRA). The male caller told the victim she owed $6,000 in unpaid taxes and if it was not paid immediately, she would be arrested. She was threatened that the police would show up at her residence that day if she hung up or did not pay the money.
The victim was then directed to make the payment by using a Bitcoin terminal on Mountain Highway. A transfer of $6,000 was made by the victim to a Bitcoin reference code number supplied by the fraudster. The victim realized she had been scammed when after the transfer was made the scammer asked for even more money.
“Tax time is upon us and scam artists will use creative, criminal means to defraud you of your hard earned money,” cautioned North Vancouver RCMP Cpl. Richard De Jong. “The CRA does not accept Bitcoin as a method of payment, nor will they contact you by phone and threaten or coerce you into paying a tax bill.”
If you want to confirm that a CRA representative has actually contacted you, call the CRA at 1-800-959-8281 for individual concerns or 1-800-959-5525 for business-related concerns.

For other important information to protect yourself against tax scams, go to the Canada Revenue Agency or the BC.RCMP website.

CRA resuming additional activities: Know when it’s contacting you and how to avoid scams