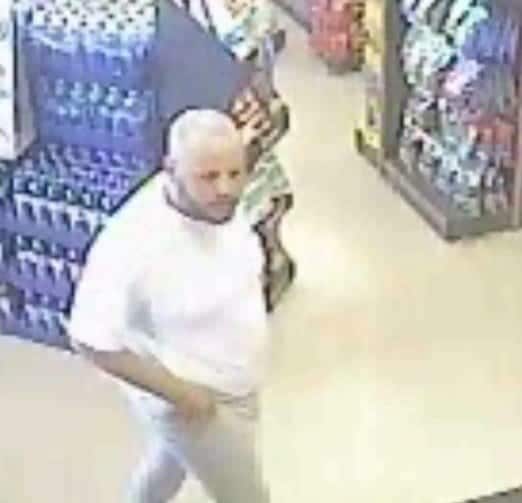 RCMP on Thursday released a video and photos of a South Asian male suspect and his vehicle that were allegedly involved in a hit and run incident which occurred on July 4 at 10 a.m. at Willingdon Avenue and Parker Street in Burnaby and resulted in an RCMP officer being injured.

The officer was attempting to stop a vehicle after she observed the driver allegedly using an electronic device behind the wheel. The driver failed to stop, hitting the officer and continued south on Willingdon Avenue.

The officer suffered a broken arm and was released from hospital later that day. She is expected to return to duty in the coming months.

The suspect is described as a south Asian male, heavy build with a shaved head. He is 5’9 tall and was wearing a white t-shirt, grey sweatpants. He also has a tattoo on his left arm.

Police said that they have contacted the registered owner of the vehicle and that person was not the driver that day.

The RCMP said: “The police officer involved has asked that we extend sincere thanks to the members of the public who assisted after the incident took place. By stopping traffic and protecting our injured officer they prevented the potential for further injury occurring.”