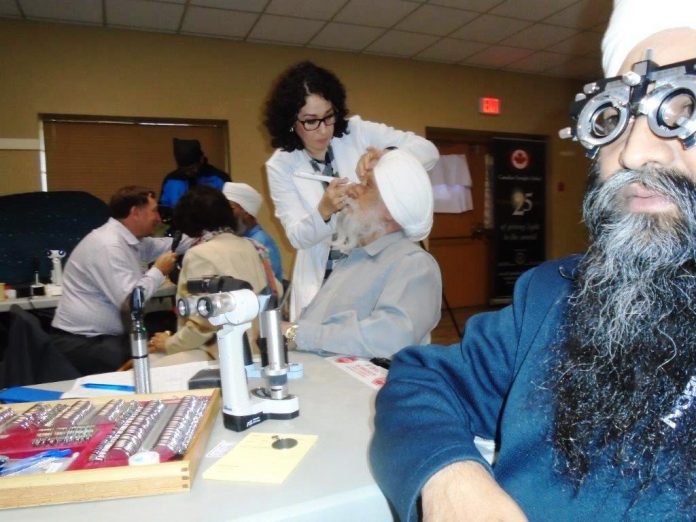 Patients with eye problems were referred to specialists and eye doctors for further investigation and treatmen. Free eye drops were given to the needy people.

Greetings were sent by Burnaby Mayor Derek Corrigan, Honorary Director of Canadian Eyesight Global, to Tarlochan Singh and members of the gurdwara’s management committee in appreciation of their cooperation and full support for organizing this free eye health clinic.

Canadian Eyesight Global, a Canadian not-for-profit society, formerly known as Project Eyesight-India, has carried out numerous cataract surgeries in rural parts of India since 1989. In 2003, it started a program for organizing free eye health clinics on a quarterly basis in British Columbia. Thousands of people have attended these clinics.

Its project has been recognized by the Government of Canada, Rotary International, and non-governmental agencies in Canada and India.