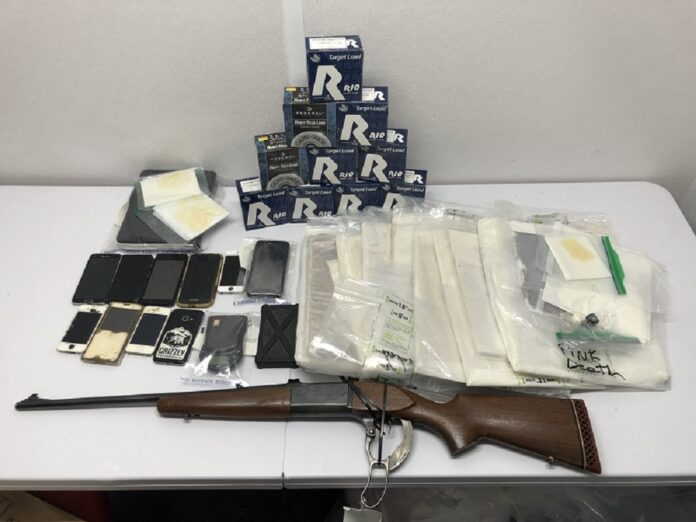 AN RCMP investigation has led to the execution of four Controlled Drug and Substance Act (CDSA) search warrants and the dismantling of an alleged drug trafficking operation.

Officers seized bulk quantities of illegal drugs believed to be methamphetamine, cocaine and fentanyl, as well as firearms, cash, paraphernalia associated to the sale of illegal drugs and luxury vehicles during the searches.

Police arrested and later released three people throughout the action.

Following a thorough investigation and review of evidence, the RCMP will forward all circumstances to the investigation in a report to the Public Prosecution Service of Canada (PPSC) for their assessment of CDSA charges.

“A complex RCMP investigation has resulted in the seizure and prevention of an extensive amount of illegal drugs and firearms from reaching the streets,” said Cpl. Mike Rail, spokesperson for the UFVRD. “We remain committed to safety of the citizens of the community.”

RCMP remind everyone who witnesses anything they believe to be suspicious in nature to contact police at 604-792-4611 or, should they wish to remain anonymous, call Crime Stoppers at 1-800-222-8477 (TIPS).