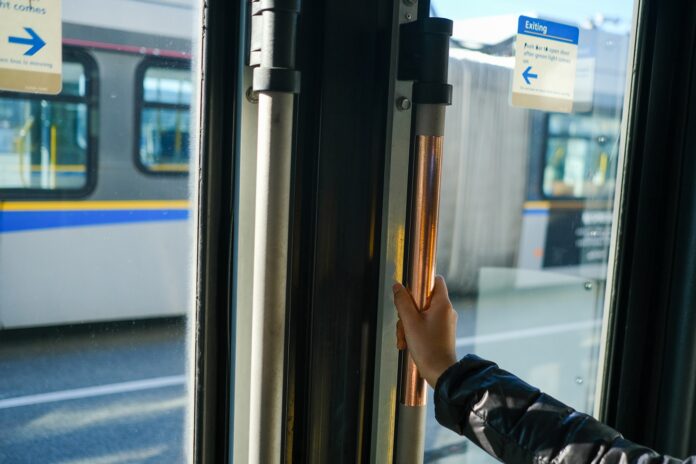 RESULTS from TransLink’s industry-leading trial show that copper is effective at killing bacteria on high-touch transit surfaces. Based on sample-testing performed on transit and in a lab, the trial concludes that select copper products on transit are durable and kill up to 99.9 per cent of all bacteria within one hour of the bacteria’s contact with the surface.

Phase one of the pilot, which was fully funded by Teck Resources Limited (“Teck”), began in November 2020 and lasted five weeks on two buses and two SkyTrain cars. To expand on phase one’s results, a second phase will be launched in the coming months to verify the results with a larger sample of data.

The pilot’s second phase will include:

TransLink was the first transit agency in North America to test copper on transit surfaces. The pilot was launched as part of TransLink’s COVID-19 response through the Safe Operating Action Plan because of preceding studies showing that copper is both durable and effective at killing bacteria. Pilot results could help inform decision-making for TransLink and other transit agencies across the globe. The research could also benefit any industry that relies on shared public spaces.

The pilot is the result of a partnership between TransLink, Teck, Vancouver Coastal Health (VCH), the University of British Columbia (UBC), and the VGH & UBC Hospital Foundation. The initial phase was fully funded by Teck, as part of its Copper & Health program. The second phase will also be supported by Teck.

Gigi Chen-Kuo, TransLink Interim CEO said: “We are excited about the positive results in the first phase of our copper pilot and look forward to finding out more about copper’s impact on viruses such as the ones that cause COVID-19 in the pilot’s second phase. TransLink is proud to be the first North American agency to conduct such a trial to understand how we can continue to make transit safer for our customers. This research could help us, other transit agencies, and anyone with surfaces in shared public spaces keep high-touch areas as clean as possible.”

Don Lindsay, President and CEO, Teck, said: “These results reinforce the effectiveness of copper’s antimicrobial properties in killing germs and contributing to better public health. Through our Copper and Health program, Teck has been working with healthcare professionals, academia and others to help make communities safer with copper. We look forward to continuing to work with TransLink and all the partners and working to expand the use of copper on public high-touch surfaces to protect human health.”

Dr. Marthe Charles, Medical Microbiologist, Vancouver Coastal Health, added: “This project has been an incredible opportunity for our team to export our expertise and experience on self-disinfecting materials from the health care setting to our community. We were pleased to see that the results from the trial were in line with our previous studies in the hospital setting and are excited to further our understanding of the application of copper and its antimicrobial properties on public transit.”